Orange Movie Zone is a themed ad break, where Channel 4 fills an ad-break entirely with movie trailers. It was first trialled in August last year, billed as “creating an appointment to view ad-breaks for film lovers.” The breaks begin and end with Orange idents for its Orange Wednesday’s offer.

As part of the deal, which was brokered by PHD for film studio Warner Brothers, a specially extended slot will run the entire 2 min 10 sec theatrical trailer, after the end of Hollyoaks.

The broadcaster says it is the first time that it has extended the movie-themed break to accommodate one trailer. The full theatrical trailer will also run around the 9pm junction on Film Four every night this week.

Richard Desforges, media director at PHD, says: “”The Orange Movie Zone is a great opportunity to engage cinema goers with an appointment to view ad break. Taking over and extending the whole break to showcase the stunning full length trailer of Inception perfectly reflects the stature of this release, generating awareness and buzz in the early stages of our campaign.” 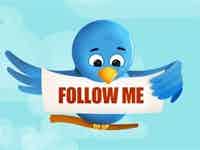 Banks and financial services companies must comply with advertising rules when using Facebook and social media such as iPhone apps, the Financial Services Authority (FSA) has warned, adding Twitter may not be a suitable medium for finance companies to communicate on at all..

Camelot is repositioning its EuroMillions brand as one with a potential jackpot that is big enough to share with family and friends.