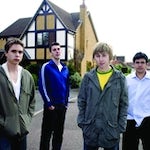 In the ’Twist’ campaign, which launches at the end of this month, the broadcaster has recorded some of its entertainment stars, including the likes of The Inbetweeners and Shameless cast, saying 1000s of words to camera.

Viewers can then go online at channel4.com/twist and ’twist’ their words, by writing something that will play out online, with a different Channel 4 star saying a different word in the sentence. The best selections will then be played on air at a later date.

“Channel 4 is a beacon of non conformist cultural thinking,” he adds.

Barnes says that its current slate of programmes shows that its “point of difference shines even more brightly.”

David Abraham, in his first speech since joining as chief executive officer in May, said the channel had a “great tradition of innovation and creativity,” which he would continue to exploit.

Abrahams pointed to the “funeral of Big Brother”, the station’s long running reality TV show, as an opportunity to be more experimental, and said he was pleased to be investing the £50m freed up by its demise in new content for 2011.

The ’2011’ event marked a change of tact for Channel 4 showcasing its programming to media agencies, having previously opted for individual meetings rather than a large scale showcase.

The move follows Abraham’s comments in July, in which he told UK advertisers that he wanted to work differently with them, calling for a “genuine partnership, as opposed to a simplistic buyer and seller relationship.”