Channel 4 has released its campaign for the 2020 Paralympic Games, focusing on the daily struggles facing the elite athletes as they fight to make it to Tokyo.

The ‘Super. Human’ campaign, directed by Oscar-nominated cinematographer Bradford Young and conceived by 4Creative, explores the sacrifices made by Paralympians in the pursuit of their dreams. The idea is to show the realities of their lives and the determination required to become a champion, from defying medical advice to missing children’s birthdays.

In development for 18 months, the campaign was filmed over two weeks in mid-May and features a script written in partnership with 20 athletes, inspired by their real-life experiences.

Set to the song ‘So you want to be a boxer’, performed by British artist Jay Prince, the film features a host of British Paralympians, including Ali Jawad, David Smith and Ellie Simmonds. The film opens with Paralympian Kadeena Cox in a dream sequence facing the pressure of repeating her gold medal performances from Rio 2016.

The ad culminates with the line, ‘To be a Paralympian there’s got to be something wrong with you’ before showing the Paralympic heroes smiling, celebrating and reaping the rewards of their efforts.

Our hope is that this powerful and provocative film will once again stir viewers and continue Channel 4’s legacy of challenging attitudes and giving a voice to those with disabilities.

The second campaign put greater emphasis on “everyday” people instead of athletes in a bid to change society’s attitudes towards disability.

Channel 4 CMO Zaid Al-Qassab describes the broadcaster as being “instrumental” in putting the Paralympics onto the world stage.

“Our award-winning coverage and epic marketing campaigns have possibly done more to help shift society’s perceptions around disability than anything else in the last 20 years,” he adds.

“Our hope is that this powerful and provocative film will once again stir viewers and continue Channel 4’s legacy of challenging attitudes and giving a voice to those with disabilities.”

Al-Qassab says the work Channel 4 has done to date has resulted in 83% of people saying their attitudes towards people with disabilities has changed.

“We took that responsibility very seriously and thought we’ve got to take this a level further. We’ve got to listen to what we’re hearing from Scope, other organisations and from athletes, to try and make this more about the human side of super human.”

Al-Qassab admits the success of the broadcaster’s Paralympics marketing to date brings “pressure” to get it right.

“This our difficult third album. We really felt we were up against it. We basically went and spoke to disabled communities and organisations, spent a lot of time with Paralympics athletes and talked about what was going on in their world.

“I have to say, sadly, we learned that although we’ve come a long way, there’s still a load of outdated views out there. So we decided we would do something that would deliberately provoke [through this campaign]”.

The film will first air on Channel 4 and across all the broadcaster’s channels just before 9pm on Friday (16 July) and will be supported by social media activity using #SuperHuman. The creative is part of a wider campaign, spanning press ads, a nationwide poster series launching in August and trailers running across Channel 4 and social media.

In terms of Paralympics coverage, Channel 4 says this is its “most ambitious ever” plan, which includes a multi-location studio format broadcasting over 300 hours of sport.

In a first for Channel 4, More 4 will act as a dedicated team sports channel live from Tokyo.

With additional reporting by Manny Pham. 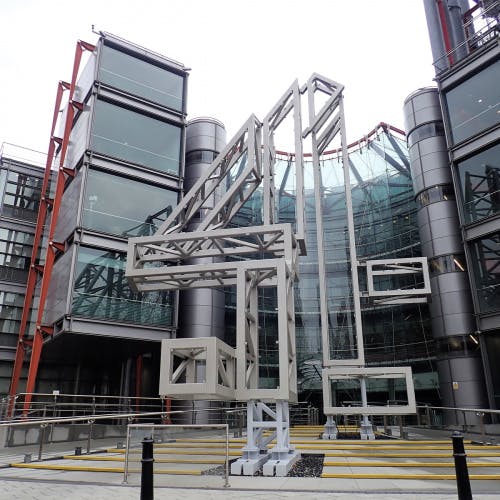 Just three months into his role as chief marketing officer of Channel 4, Zaid Al-Qassab is forging a digital-first identity for the broadcaster, assembling a new team of diverse talent and settling into new headquarters in Leeds.