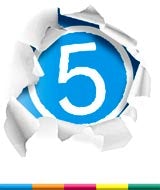 Channel Five is to take on BSkyB’s Open with the launch of a rival television shopping service.

It is believed that C5 is seeking retail partners for the new service, which will launch by the end of next year. It would be the first digital terrestrial operation to offer television shopping.

No one at Channel 5 was prepared to comment, but it is understood the broadcaster sees a shopping channel as a good fit with its core audience and a huge financial potential, though expensive to launch.

Open, now 80 per cent owned by BSkyB, went live last year and has cost an estimated £250m to launch. It is unclear how C5 would raise such funds, but it is thought its majority owner, RTL, would contribute, along with outside partners whose products would feature on the channel.

Channel 5 plans to launch its new service – yet to be named – through its e5 division, set up in August by then chief executive David Elstein to develop the channel’s digital strategy.

C5’s digital capacity is being leased to SDN, which uses it for the ONdigital network. The capacity will be returned towards the end of next year, clearing the way for the interactive launch.