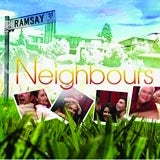 The appointments see a restructure of the channel’s trading team and the creation of a marketing partnerships division. Channel 5 hopes the changes will facilitate “enhanced advertiser and agency relationships”.

The broadcaster is taking on four senior members of staff, including two from Bampton’s former employer Viacom Brand Solutions.

Channel 5 is now under the ownership of Richard Desmond, owner of Northern & Shell Media, who acquired the channel for £103.5m in July last year.

This week it was announced an OK! magazine spinoff TV show will launch on Channel 5 and it is expected Desmond will align more Northern & Shell brands, such as The Daily Express, with the channel.

As a result of the restructure, three of the existing Channel 5 sales team will leave “by mutual agreement”.

Bampton says: “The commercial team now have in place the right people, the right tools and focus to achieve much more to enhance our relationships with media agencies and advertisers.”

Earlier this month ITV also restructured its commercial team in an effort to become more “client obsessed” and as part of its strategy to develop premium content and deliver it across multiple platforms. 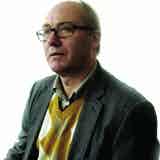 The Marketing Week Salary Survey (MW last week) raises two important points. First, your feature only tells part of the story regarding women’s average salaries in marketing. One of the real issues for women with children who work in this sector is that many would like more flexibility from their employer through working part-time or […]