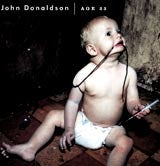 A phrase that sums up a problem facing many charities when it comes to marketing their cause is “out of sight, out of mind”.

International disasters often attract an initial flood of donations, but when the media spotlight disappears the flow of money slows, just as the clear-up or redevelopment operation begins in earnest.

When pictures of January’s Indian earthquake hit the TV screens, money poured into the coffers of aid charities. Donations topped &£100,000 in January, February and March, according to figures from the Charities Aid Foundation (CAF). But, without the continued attention of the media, donations dropped drastically to &£43,000 in April.

Those charities which do not benefit from intermittent bursts of media attention, or support unfashionable causes, have to work even harder to make an impression, especially with the younger generation.

Although the level of charitable giving has reached a plateau of &£7bn to &£8bn a year, the number of people dipping into their pockets is declining, claims the CAF. The foundation’s research also shows that it is the younger generation that is less generous.

Homeless charity Crisis was once guaranteed exposure for its cause by virtue of the constant and highly visible presence of homeless people sleeping on the streets. Now, following a decline in the number of people sleeping rough, the longer-term problems associated with homelessness are easier to ignore.

Crisis deputy chief executive Neil Churchill says: “People on the streets were our best voice, but how do you promote a homeless charity if people are not on the streets?”

As a consequence Crisis has reviewed its mission statement, corporate image and how it portrays itself (MW April 19). It will move away from the immediate problem of getting people off the streets and into night shelters, and instead focus on providing longer-term accommodation for the homeless.

HIV charities, which were a fashionable cause in the Eighties and Nineties, have also had to adapt to a changing environment. A MORI poll commissioned last year by the National AIDS Trust showed increasing complacency, especially among young people.

Just 14 per cent of 15to 24-year-olds said they would donate time or money to an AIDS charity and more than half (57 per cent) of this age group believed those infected had only themselves to blame.

Gavin Hart, a spokesman for National AIDS Trust, says stigma is still one of the main problems the charity has to overcome in order to secure a place in people’s minds. He says: “Fundraising, and increasing the charity’s profile, is a problem because people think a cure has been found. There is no cure and there is still a stigma attached to the disease.”

Instead of just focusing on World AIDS Day (December 1) the charity has been working on a campaign with Saatchi &amp; Saatchi that will be suitable for round-the-year use.

Some charities, such as Barnardo’s, have produced controversial advertising campaigns in order to raise awareness of their cause. Although the NSPCC’s Full Stop campaign confronted the issue of child abuse, the charity came under fire because &£43m of its &£75m annual expenditure went on fundraising, publicity, campaigning and public education.

Those charities that are financially unable or unwilling to adopt such a controversial approach have to be more specific about who they target.

Jeremy Prescot, director of Citigate, which handles the advertising for Sue Ryder Care, Arthritis Care and the British Legion poppy appeal, says: “You may have 100 people who know who you are but not very well, and it is unlikely you will get one of those to donate. You could have 20 people who think you are good and get one to donate but if you have ten people who are passionate about your cause they are all likely to give.”

In targeting the appropriate audience, the message also has to be right. The Voluntary Services’ Organisation (VSO) used the services of Burkitt DDB to create a campaign that would appeal to a particular type of professional – one who relished a personal challenge, rather than responded to demands to “give, give, give”.

Burkitt DDB vice-chairman Tom Rodwell says the VSO campaign, which broke in May last year, worked because people looked at the placement as a personal challenge, rather than as a charitable donation.

“[The campaign] hit a nerve. ‘That would do me good’ became the attitude,” he says.

Creating messages aimed at existing supporters may help charities raise much-needed funds. But in the long-term they will have to think about extending their reach to recruit new and younger people to the charitable cause.

Companies are increasingly looking to expand their profile through sponsorship, and DIY retailer B&Q is no exception. The retailer has signed a deal with the British Touring Car Championship to enter its own pair of Honda Integras in the production car class. The team has two dedicated drivers, but the Diary feels they may just […]

Is wealth-management a marketing step too far? (MW April 12).