Not for profits, however, must be clear on how the activity connects with the cause to avoid it being left behind by the popularity of the event brand.

A recent analysis of social media mentions of Movember found that the men’s health cause was at risk of being sidelined by the success of Movember as a “fashion” movement.

Charity and branding experts say Prostate Cancer UK, the charity that benefits from funds raised by Movember, must do more to make sure that its own charity brand is more closely aligned with the Movember brand to ensure that its men’s health message also gains traction.

Vicky Browning, director of CharityComms, says: “There is an issue with these quirky, off the wall campaigns designed to capture the imagination and the need to root them in a real cause and tie it back into fundraising.

“Partly it’s the mania about wanting to have something become viral. That can be great but it doesn’t matter if it doesn’t go viral if it doesn’t take the brand or the cause with it.”

Save the Children is launching its first Christmas Jumper Day campaign on 14 December. It hopes to tap into the growing popularity of novelty festive sweaters at the same time as raising funds and awareness of the charity.

Terence Lovell, head of national community participation at the children’s charity says appealing to something of mass interest raises the profile of the organisation and helps attract different groups of people. He adds that it takes a “careful balance” of content from its charitable work programmes alongside asking people to have fun to make sure that its work to protect vulnerable children is part of the event.

He says: “At Christmas, it seems a perfect time to encourage more people to become aware of what we do and if they get to put the “fun” back in “fundraising”, then that is great – we’re not forgetting the core work of the organisation, but we are providing a platform for people to support in an entertaining way.

“In year one, the awareness is so important as this provides the catalyst for growth in future years by encouraging our fantastic supporters to come back year on year.”

Cancer Research UK is launching Dryathlon – a month long awareness and fundraising campaign – in January to tap into the trend of people giving up drinking after the festive season.

The disconnect between a fundraising initiative and the charity’s core brand often arises because different teams are responsible for each, which means that fundraising teams developing new initiatives are often keen to have a standalone identity.

If a new identify is developed, charities must be careful to make sure that the connection with the original brand is made clear, warns Dan Dafour, head of brand at The Good Agency, which specialises in charity brand communication.
Save the Children’s Christmas Jumper Day activity “locks together” the initiative with the charity, he says, as it features the charity’s original logo ‘wearing’ a festive sweater, while Movember and Prostate Cancer UK are “more ambiguously linked”.

Dafour believes that while Prostate Cancer UK must be clearer on its links with Movember in future to leverage the awareness, it’s not necessarily a problem that not all participants of Movember are raising money for charity, particularly if it helps engage younger supporters who want to get involved with charities in “a fun sociable way”.

“It’s a unique approach and most charities want people to get involved to gain financial support but Movember makes it more accessible to be involved in the first place and breaks down barriers to participation. Having to ask for sponsorship or reach donation targets can be a barrier,” he says. 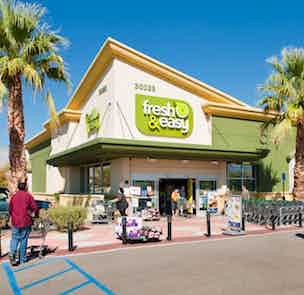 Tesco is preparing a major brand campaign in the new year as it looks to regain affection for the brand amid continued falling sales, news that comes as it is announced CMO Tim Mason is to leave after 30 years at the chain. 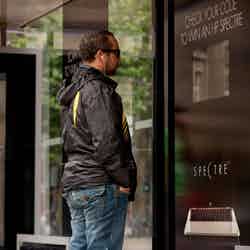 As marketing and brand managers, all of us recognise that at the end of every product lifecycle comes “obsolescence”, in just the same way as death is at the end of the road for us (unless, I guess, you are a character from Twilight).