Asking people for a donation is simply not effective anymore, according to research conducted by marketing consultancy DMS. While most charities braced themselves for a drop in donations during the recession, many might have surprised by figures claiming that charitable giving fell by a massive 11% in 2008/9.

But DMS suggests it’s not just the economic climate that has led to this dip in donations. The company argues that charitable marketing has become lazy, simply asking for a handout and not explaining where that hard-earned cash goes.

People who don’t know how their money is helping are finding it easier to cancel their direct debit donations. It is those charities that motivate their donors by showing how their money is being used in a practical sense that are most likely to retain regular donations.

Showing real-life consequences of the donation has become a motivating factor for people to keep on giving. And frankly, it doesn’t have to cost a lot of money to get this message across. I like the example of The VSO’s virtual volunteer sponsorship scheme where a donor can sponsor a volunteer and then follow their blog online. This use of online marketing is genius in its results, but if you think about it, is really quite simple to execute.

The balance that charities have to strike with marketing is much harder than when this issue is faced by a regular business. People are understandably sensitive about how much money is spent on marketing when it comes to good causes. The ’I reckon they must spend 80p in every £1 on marketing’ excuse has been used many times by my peers to justify why they do not donate to certain charities.

A round up of retail stories from the past week… Tesco, M&S, Halfords, Blacks, New Look, Boots 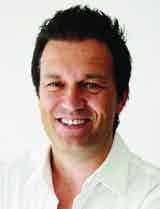 Richard Ash, founder and chief executive of Green Room Retail shares his views on the fundamentals of great marketing through window displays.