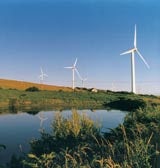 A major coalition of charities is launching this week with the aim of pushing global warming up the political agenda under the slogan Stop Climate Chaos. The group aims to make the campaign as high-profile as Make Poverty History.

The alliance, launching tomorrow (Thursday), says that its goal is to create “an irresistible public mandate for political action” over climate change. More than ten major UK charities and non-governmental organisations – including Friends of the Earth, Greenpeace, Oxfam and the Catholic Agency for Overseas Development – have signed up to the initiative.

Christian group Tearfund, also involved in the campaign, says that it “hopes this will become the equivalent of Make Poverty History”.

Stop Climate Chaos is the latest alliance of voluntary organisations to campaign on a single issue. Make Poverty History has become the most high-profile example of charities working together, with the Live8 concerts raising awareness of world poverty.

The climate change alliance has a number of demands including that the UK government meet its target of reducing CO2 emissions by 20 per cent by 2010 and that it commit to a Europe-wide greenhouse gas emissions reduction of 30 per cent by 2020.

Campaigners will also call on the Government to ensure that its policies on combating global poverty include investing in low-carbon technologies and clean energy for developing economies.

Naked and incumbent Zenith Optimedia are understood to be competing head on for the Lloyds TSB strategic planning account, believed to be worth Â£16m.

The Co-op is testing a new brand identity across a number of its different businesses in a move aimed at unifying them under one name. The trial will be supported by an advertising campaign.

Codemasters, the video-games developer and publisher, is launching a new division to expand the company’s presence in the mobile phone gaming market.