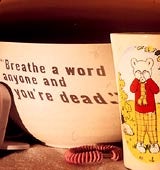 Some of the UK’s largest charities, including the NSPCC and the RSPCA, have signed up for a new gift voucher scheme.

The initiative, called Donate As You Spend, has been launched by Charity Gift Vouchers Marketing (CGVM). The vouchers, which come in £5 and £10 denominations, will initially be available direct from CGVM, but the company plans to extend distribution so consumers can buy vouchers at retail outlets participating in the scheme and at charity shops.

A minimum of three per cent of the face value will go to the chosen charity, but consumers will not incur any additional cost. Retail chains that have signed up to accept the vouchers include Iceland, Next, Littlewoods, HMV and Mothercare.

A spokesman says: “If each UK household bought one £10 voucher between now and Christmas, it would generate £7.8m for charity.”