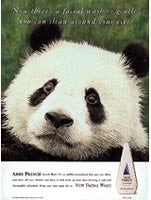 Supermarket chain Sainsbury’s and cosmetics company Carter Products, which manufactures the Anne French range, have been asked by a women’s health charity to supply details of the ingredients in their cosmetics products, following safety concerns.

The Women’s Environmental Network (WEN) has launched a campaign called “End the cosmetics cover-up”, which will aim to warn consumers about the chemicals contained in everyday cosmetics and toiletries, some of which, it claims, threaten health and the environment. WEN is also calling for clearer labelling on cosmetics.

The charity has asked Sainsbury’s to send details about the level of safety of the ingredients used in its Ginger Luxurious Stimulating Bath Cream, which it says contains the common detergent sodium lauryl sulphate.

WEN has also asked Carter Products to furnish details of its Femfresh range, an “intimate wash” product. According to WEN, the product contains the anti-bacterial agent triclosan, the overuse of which can allegedly kill healthy bacteria.

WEN plans to approach other cosmetics manufacturers and urge them to use safer ingredients.