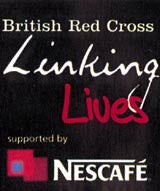 Charities must not sell their names short in the pursuit of lucrative commercial partnerships, according to a new report by the Charity Commission.

The report comes shortly after one from the Food Commission, which criticised links between health charities and food brands and urged charities to be cautious when setting up such agreements (MW May 2).

It also follows criticism by several pressure groups of NestlÃ©’s £1.3m donation to the International Federation of Red Cross and Red Crescent Societies, for an HIV/Aids project in Africa (MW June 20).

The Charity Commission report, which draws on case studies and interviews with charities, says that while commercial partnerships can be of tremendous benefit, they carry inherent risk and must be approached with care.

It points out that charities risk damage to their brands if they form links with businesses that undertake activity inconsistent with their ethical standards. The report calls on charities to have a clear ethical policy before seeking partnerships, adding that charities’ messages risk being “diluted or compromised” to fit partner marketing strategies.

Institute of Fundraising chief charity commissioner John Stoker says: “An unsuccessful partnership, where stakeholders perceive the charity to have ‘sold out’, can damage both its income and profile, and have a wider impact on public trust.”