Wandsworth Council claimed the fundraisers pester passers by causing an obstruction and risk to personal safety in the area. They were also criticised for using “manipulative” tactics to take advantage of vulnerable individuals, claims that the PFRA says are “contemptible.”

There are historic issues surrounding street fundraising in Tooting Broadway, and the PFRA says it has been trying to agree a site management agreement with Wandsworth Council to resolve how many fundraisers can visit the area and how often.

The association currently controls the activity of street fundraisers and operates a diary system of when and where street teams can operate. It also holds a number of formal and informal site management agreements with local authorities, which outline a code of practice in town centres.

Currently street fundraisers are not required to hold a licence but under the 2006 Charities Act, the third sector is consulting to bring in a licensing regime. Under the new regime, local councils will not be able to ban the activity.

The PFRA is currently seeking legislation to create a registered fundraiser directory to clear up the issue of rogue fundraisers. 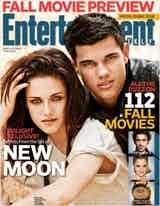