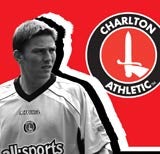 The future of Charlton Athletic Football Club’s relationship with shirt sponsor Allsports has been thrown into doubt following the sporting-goods retailer’s financial difficulties.

The four-year deal, which is worth several million pounds, expires at the end of this season and sources say it is unlikely to be renewed after a breakdown in relations.

It was reported earlier this month that Allsports was forced to negotiate new agreements with its lenders after a collapse in trading left it close to breaching banking covenants.

The loss-making group, which is backed by 3i, has been looking for a new owner. It is thought to have sounded out a number of potential buyers, which were put off by the &£50m asking price.

Sales at the chain, which operates about 240 stores in the UK, slumped by 35 per cent earlier this year. Allsports reported a loss, after dividend payments, of &£1.2m to the end of January 2004.

Charlton Athletic won its first two games of the season. A spokesman declines to comment on the relationship, but says: “If both parties feel that four years is enough then we will be looking for a new sponsor at the end of this season.”

Allsports could not be reached for comment as Marketing Week went to press.

Postman Pat, Postman Pat, Postman Pat and his campaign to raise funds for genetic research and family support services. OK, so maybe it doesn’t have the same ring to it as the real theme tune, but such a lyrical alteration is necessary to highlight Pat’s role in fronting the Jeans for Genes Day 2005 on […]

Helping consumers improve their personal productivity can be very difficult, but for marketers, cutting queues can be the first step on a lucrative path.