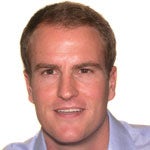 Along with Britain’s coldest spring for half a century, the recession is finally over; signs of positive economic growth have been sighted at last. But don’t expect consumers to return to their pre-recessionary spending habits anytime soon. There is a new normal out there and marketing managers who are quick to realise this will run effective campaigns that outflank their rivals.

The recent recession has radically altered consumer behaviour, based on a change of personal circumstance or fear of such a change. Our research indicates that while the level of financial-based fear is decreasing and consumer confidence seems to be recovering, the recession-hardy are embracing a new norm. Spurred on by advances in technology, distrust in big brands and desire for a good deal, these consumers will continue to embrace recessionary behaviours. They are frugal and proud of it. Like modern-day Mr Micawbers they have learned that debt leads to misery, a lesson it will take a long time to forget.

Marketing managers who are hoping for a rapid return to pre-recessionary spending habits will need to face up to this new reality and must adjust to this transformed consumer landscape.

New brands have arrived and some existing brands have adapted well during the recession, perfectly positioned to take advantage of this extended shift in consumer behaviour. What is your strategy? What is your plan for growth? Do you really understand what your customers now expect from you and are you giving them what they want?

We are half way through 2013 and things appear to be looking up. While the recession technically ended at the close of quarter two 2012, business and consumer confidence indices bounced up and down towards the back end of last year. This year, however, seems to have brought with it signs of recovery.

The Lloyds TSB Spending Power Report for April reveals that consumer confidence improved during the month, with its Consumer Sentiment Index reaching a record equalling high of 109 points, only the second time the index has reached this level since it began in November 2010, compared with an all-time low of 90 points in March 2011. Lloyds TSB attributes this improvement to greater optimism in the current environment, including the housing market, personal finances and the UK’s financial situation.

Combining this with the fact that in May the CBI Industrial Trends survey indicated that more manufacturers thought that output would increase rather than fall over the next three months – 21 points higher than May 2012 – you get a sense that things seem to be looking up.

The Opinium Consumer Hopes, Fears and Spending Intentions Tracker asks consumers to indicate their main hopes and fears for the following six months and then tries to understand their spending intentions across a number of areas. It currently shows a relative increase in confidence, or decline in fear, but no immediate signs of increased consumer spending.

Fear is a major driver of consumer behaviour; if you fear something happening, such as ‘not being able to make ends meet’, you will be more likely to change your behaviour to prevent that fear from becoming reality. Our research shows how UK consumers are becoming less fearful across six financially based themes as we move further away from recession.

However, it also shows no significant changes in spending intentions across the three major categories we track; leisure and entertainment, eating and drinking and non-essentials. In fact, the 2013 data is almost a mirror image of our 2011 and 2012 surveys, which means that although economic fears are subsiding, this is not having an immediate effect on spending intentions.

Consumers are still struggling to trust big business. In the 2013 Opinium Trust Survey, run with Lansons Communications, a third of UK adults said they trust companies less than they did last year. Just over 50 per cent say they are dissatisfied with how big business capitalism operates in Britain at the moment. Consumers cite corporate ‘greed’ as the main driver for their decision, followed by ‘tax avoidance issues’, then ‘poor customer service’, ‘corruption and dishonesty’, ‘an unfair society’ and ‘low levels of social responsibility’.

Getting a kick out of trading down

Research shows that since 2007 a huge proportion of consumers across all socio-economic groups planned to, and eventually did, change their consumption behaviours, reducing or postponing their spending, making more use of the internet to compare and select the best offers, often compromising on quality to reduce their spending.

Through multiple focus groups and large quantitative surveys for a variety of clients, we’ve discovered that many consumers, from a variety of social classes, have been pleasantly surprised by what they have found on their way down the ‘frugal ladder’; some are quite proud of their achievements. Different groups of people have experienced different recessions, but there is evidence that even those on higher incomes
have traded down on certain products, as finding a deal becomes the new ‘splash-out’ experience.

A separate McKinsey study from the US finds that the 46 per cent of consumers who traded down to lower-priced brands thought they performed better than expected, and a large majority of these consumers say the performance of such products was much better than expected. As a result, 34 per cent of these switchers say they no longer prefer higher-priced products, and an additional 41 per cent say that while they prefer the premium brand, it is “not worth the money”.

Are you giving them what they want?

1. The landscape has shifted. The new frugal consumer is unlikely to go back to spending beyond their means on discretionary purchases. It’s time to reassess customer segments and how they behave. Focus on what customers want and need now; don’t assume things will ever get back to ‘normal’.

2. Price wars will only get you so far. Are you trustworthy? Are you transparently honest? Environmentally friendly? Do you provide an authentic experience? Do you provide value? Revisit the proposition you offer your customers – is it fit for purpose?

3. Your website is a crucial explanation of your brand and proposition. You know what you’re trying to say, but does your customer?

4. It’s time to get serious about service. One bad experience or one tweet could cause a stampede. Are you on top of your customer service as well as your social media channels?

5. Are you using your existing customer data to uncover hidden competitive advantages unavailable to your competitors? If not, why not? 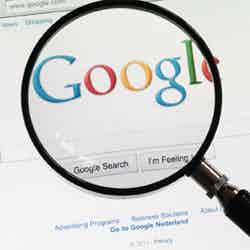 Andy Atalla on why we shouldn’t be thinking of search as an independent entity, but as an integral part of all marketing activity.