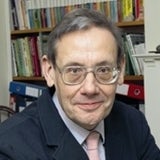 The idea of a cheesy perfume has the whiff of success about it – after all, as the success of the Hula Hoop illustrates, consumers are rarely ruled by their needs

Had the sound reached his ears across the echoing vastness of eternity Galileo Galilei would have instantly recognised it. It was the same hollow, cawing sound that assailed Christopher Columbus, Sir Frank Whittle, John Logie Baird and countless other visionaries who were ahead of their time. Now it is the turn of Nigel White, of the Stilton Cheesemakers’ Association, which has announced the launch of its own perfume to an accompaniment of mocking laughter.

“Blue Stilton cheese,” he explained to an audience among whose ranks derision fought with disbelief, “has a very distinctive, mellow aroma, and our perfumier was able to capture the key essence of that scent and recreate it in what is an unusual but highly wearable perfume.”

Now, as the textbooks tell us, marketing is the art or craft of divining what the market needs and then satisfying those needs. But of course it’s not quite as simple as that. What if the market does not know what it needs until it sees it with its own eyes? Who could have guessed, for example, that the world was ready for a giant plastic circle within which it could rotate its hips until the Hula Hoop arrived like a benison? Who could have divined the unfulfilled need for the navel stud, the saxophone, or the little yellow sign saying “Baby on Board”? In a world where demand always equals supply, where would John Prescott find a market? But there he is, fully formed and functional (or almost so, if the unkinder comments are to be believed). In a market economy teeming with invention and pulsing with desire, there is always room for surprise, and Eau de Stilton fulfils that need.

It may do more than that. It may be the first postmodern perfume whose aroma owes as much to irony as to cheese. For in a rational world that distinguished between want and need and legitimised only the latter, the perfume industry would not exist. It would have been rendered nugatory by widespread use of soap and water. If the social historians are to be believed, just a few centuries ago we Britons smelt like polecats. In Shakespeare’s time people greased themselves for the long winter, sewed themselves into their clothes, or such of their raiment that did not need to be released for the performance of bodily functions, and months later emerged, rancid and itching, into the spring and the first bath of the year. Even then the water was shared, with each bather in a family taking his or her turn according to seniority. Pity the youngsters lowering themselves into the silty deposits left by their grandparents. In those days perfume was highly prized as a valuable commodity and was worn like a mask by the rich who were the only people who could afford it.

For the modern perfume industry we have the French to thank. They invented eau de cologne in the 18th century and, intoxicated by that success, set about bottling smells with a manic fervour that persists to this day. One can see why. Perfume is a product that combines the promise of sexual allure with a mystique that, when cleverly exploited, commands a premium price. Like pizza, whose hastily assembled and inferior ingredients cost next to nothing but may be priced highly when baked onto a doughy base, perfume can be concocted for pennies and sold for guineas. This is a good business to be in but one we could live without, provided of course we took the trouble to wash.

Yes, it may be argued that a whiff of French perfume on a petticoat (are they still worn?) can turn heads and add to the gaiety of life, but equally cheap perfume, of which there is abundance, can cause nausea. This is particularly true of after-shave, whose noxious smell may linger in small spaces, such as a lift, for hours after the wearer has toddled off trailing what he fancifully believes is atomised pulling power.

Perfume is to the nose what muzak is to the ear. So, hats off to the Stilton cheesemakers for a masterly act of reductio ad absurdum. Now that it is fashionable for every celebrity to have a patent perfume bearing his or her name (did David Beckham recently launch his own fragrance or was that just a bad dream?), it is both logical and inevitable that organisations should see smells as an expression of their brand’s “personality”. Dunhill has done it, so has Jaguar. Why not Stilton? Yes, Eau de Stilton probably smells horrid, but so does Old Spice. Yes, it is completely useless, but if use were a criterion most of modern consumption would be called into question. Which, in terms of uselessness (not to mention repellent power), is greater: Stilton perfume or Jonathan Ross?