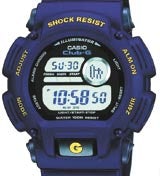 The agency is now working on a campaign that will focus on the Casio brand rather than its products, as it has done in the past. Casio is keen to use a wider variety of media for the campaign, which is due to launch in June.

Casio marketing director Mark Bernard, who was appointed in January (MW January 13), says the decision to focus on the brand is a “significant change in strategy” and it aims to make Casio a younger, aspirational lifestyle product.

Casio first called the advertising review last August, but it was halted because the brand lacked a clear agency brief. It parted company with its last agency, Doner Cardwell Hawkins, last December, when it restarted the pitch (MW December 2, 2004).

The review hit a fresh setback in January after Casio appointed Bernard as marketing director. The company’s former chief marketer, Roger Aires, left the company before Christmas although it is not clear if he had a job to go to (MW January 13). The review does not affect media agency Vizeum or PR agency Firefly Communications.