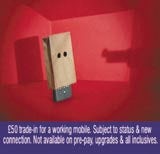 Phones 4U, part of the Caudwell Group, is reviewing its &£11m advertising account at Cheetham Bell JWT.

The move follows the appointment of the former T-Mobile head of customer marketing, Paul Hamburger, as marketing director. Hamburger joined at the beginning of this month. His first brief is to differentiate Phones 4U from competitors Carphone Warehouse and The Link.

Cheetham Bell has worked on the business since it was appointed nearly three years ago and developed its “Ashamed of your mobile” campaign.

The retailer is understood to be talking to WCRS and other London-based agencies. Cheetham Bell is based in Manchester.

The review comes despite this weekend’s news that sales at the privately owned Caudwell Group soared last year from &£1.4bn to &£2.04bn, while profits rose from &£22.6m to &£30.4m. Phones 4U also claims to have been the UK’s fastest-growing retailer during the past two years.

Hamburger was previously marketing director at Phones 4U, until he left in 2001 to join T-Mobile.

America Online UK has handed its £32m creative account to Grey London, following a nine-month pitch against Partners BDDH, WCRS and TBWA/London. Grey already holds the AOL creative account in Germany. Previous incumbent Mortimer Whittaker O’Sullivan (MWO) has been retained by AOL to advise Grey on the account and to work on special projects, while […]

Diageo is planning to introduce a five-litre keg of its iconic Guinness brand, aimed at the take-home market. The launch is not expected till later next year. The launch follows rival Interbrew’s decision earlier this year to put its Stella Artois lager into the same format. Others in the market which are testing a similar […]