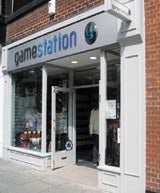 The appointment is part of an aggressive high street push against rivals Game and HMV. The campaign, developed by Cheetham Bell, will be the first since Gamestation was acquired by video and computer games retailer Blockbuster in October 2002.

Cheetham Bell won the business following a four-way pitch, which was handled by the AAR. It is not known whether Blockbuster’s incumbent agency Donor Cardwell Hawkins was on the shortlist, despite its four-year relationship with the retailer.

Gamestation has almost doubled its number of stores over the past year to nearly 150 UK outlets.

The retailer has also forged stronger links with its parent company Blockbuster, which has introduced Gamestation stands in a number of its 700 UK stores.

Blockbuster’s &£10m media planning and buying is handled by Walker Media, which has also been responsible for media duties at Gamestation.