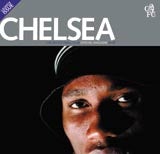 Chelsea Football Club has appointed publishing company Profile Media Group to manage the contract to publish its magazines and programmes, which was previously held by Future Publishing.

The deal includes the monthly publication, Chelsea Magazine, which will be relaunched in retail outlets and sent out to more than 50,000 members of the football club. The magazine will also be distributed internationally for the first time. A previous fans’ monthly publication, Onside, will be dropped.

Profile marketing director Julian Scriven says: “Chelsea delivers the highest demographic of any team in the Premiership as 75 per cent of season ticket holders are ABC1 and a third earn over &£50,000 per annum. There is a real opportunity for any advertiser.”

The magazine relaunch is part of an attempt by Chelsea to join Manchester United and Real Madrid in creating a global football brand.

The West London club is also searching for a high-profile shirt sponsor to replace Emirates once the airline’s deal expires next season (MW July 8).

Profile Media has also been appointed by the Welsh Rugby Union to work on the programmes for the Millennium Stadium.

Telecoms giant BT is poised to sign a long-term sponsorship deal with the British Film Institute (BFI) in a move that will see the company challenge rival Orange as a major partner of film.

As part of the deal, BT is to help revamp the BFI’s “screenonline” service, which provides information and film clips and works closely with schools and libraries.

BT commercial sponsorship director Paul Leonard says the company wants to build on the association in the future.

In the long term he says BT wants to work with the BFI to develop a system whereby consumers can access the institute’s film archives via the telecom company’s broadband and internet services. But he admits that there are a number of copyright issues to be overcome first.

He also says there is the possibility of linking with the BFI’s film festivals. “We are in the process of doing the deal, but it is at an early stage. We are looking at how we can develop a lasting relationship.”

BT already has an arts sponsorship programme with the Tate Britain and Tate Modern galleries. It provides access to art via its internet services.

Rival Orange is already closely affiliated with the film industry through its sponsorship of the Bafta awards, as well as its Orange Wednesdays cinema promotion.