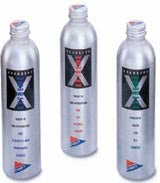 Outdoor and travel brand Granger is revamping its flagship shoe- polish brand, Cherry Blossom, as it refocuses the whole company. Granger hopes to boost brand awareness through a new emphasis on marketing.

The first stage of the relaunch will include an overhaul of the Cherry Blossom range’s packaging. The new designs aim to reinforce the brand’s British credentials through the use of a Union Jack on all of the products. Granger is also reviewing its distribution channels with the aim of increasing its presence in major supermarkets. Granger sales director Ian Christian says that the brand is also planning to develop a number of events, such as an awards scheme, and wants to sponsor shoe-shiners around Canary Wharf.

The company is planning to target a variety of consumers and hopes to encourage younger people to use shoe polish. It plans to target children through organisations such as the Scouts, as well as targeting fashion-conscious males through magazines such as GQ and Esquire.

The company, which is owned by entrepreneur Martyn Rose, also plans to raise awareness of the Granger brand. It makes a range of functional products such as sun-protection garments and an insect repellent that can be used on clothing.

Lowe managing director Mark Cadman confirms he is reviewing his position at the agency. However, he confirms that he has not left the agency yet.

Hornby group marketing director Simon Jeffery has left the company after just six months to become president and chief operating officer at Sega of America. Jeffery joined Hornby in August as the company’s first marketing director, to lead the toy company’s expansion into Europe and the US (MW August 19, 2004). He reported to chief […]

Once thought of as the plucky underdog that took on Sainsbury’s, Tesco is a UK retailing powerhouse with aggressive expansion plans. But its hunger for ever-greater market share could prove its downfall. Consumers are beginning to resent its b