1911: Chevrolet Motor Car Company was founded in the US by Louis Chevrolet and William Durant.

1918: Chevrolet is acquired by General Motors.

2005: GM relaunches the brand in Europe. All mainstream Daewoo cars are rebranded as Chevrolet.

2009: GM files for bankruptcy. The company is rescued by a $50bn US Government aid package. 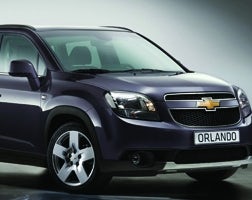 prepares to celebrate its centenary with the launch of the Chevrolet Volt electric vehicle.

2011: Chevrolet UK will launch an all-new family van, the Camaro coupe and convertible, the new Aveo and the Cruze hatchback as well as relaunching the Captiva SUV with four new engines.