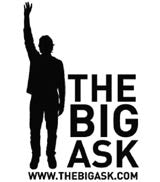 Friends of the Earth this week launches a campaign to raise awareness of global warming.

Fronted by Radiohead singer Thom Yorke, The Big Ask campaign will encourage people to lobby government over carbon emissions and calls for government to be made legally responsible for meeting targets.

The charity has produced a wide range of direct marketing materials that will be distributed by campaigners and as magazine inserts.

Agency Clemmow Hornby Inge (CHI) has donated its services to creating cinema ads, which break next month around the country.

The ads will feature children asking what their future will hold if the issue of global warming is not addressed.

The other campaign materials, including leaflets, postcards, bookmarks and the campaign logo, have been produced by design agency Plan-B, in conjunction with in-house teams.

The Big Ask campaign will be Yorke’s first public role as a special representative for Friends of the Earth.

The campaign will also use the results of an NOP survey, which shows that 73 per cent of people do not think the Government is doing enough to tackle climate change, to push for changes.

Spokesman Bastien Hibon says the campaign will be the charity’s biggest this year.