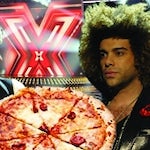 Chicago Town pizza, which is sold frozen in supermarkets, will tie-up with TV’s reality pop programme, whose final last year was watched by nearly 20 million people.

Chicago Town – which has a 7% share of the UK frozen pizza market according to the latest figures from IRI, the market research company – wants to persuade more people to buy frozen pizza for a night in front of the TV, rather than using more expensive takeaway chains like Domino’s Pizza.

Under a deal with Freemantle Enterprises, which licenses The X Factor brand, Chicago Town will launch a takeaway X Factor pizza (£3.49) to coincide with the parthership.

Paula Wyatt, marketing manager at Dr Oetker, which owns the Chicago Town brand, said the deal will help it target new customers who order a pizza while watching the reality programme on Saturday or Sunday nights.

“Tying in with a household brand like The X Factor enables us to communicate this message more effectively and affirms our stake in the arena,” Wyatt said.

Chicago Town’s The X Factor pizza, will include an on-pack promotion offering customers the chance to win tickets to watch the programme live every month from October, plus merchandise including karaoke machines and Chicago Town pizza kits, including oven gloves and pizza cutters.

The new takeaway pizza will also be promoted in a TV advertising campaign and an online marketing campaign, including a Facebook “party planner app”. The X Factor campaigns will be run by agencies including MediaEdge and Cheetham Bell JWT.

The offical TV sponsor of the new X Factor series is Talk Talk, the phone and broadband company.