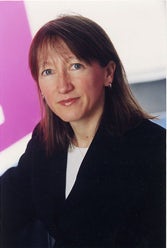 Morag Blazey, the chief executive of PHD, has left the agency after 14 years. The Omnicom-owned media agency has already kicked off the search for a replacement.

Blazey, who has been away on a sabbatical, joined PHD in 1994, becoming managing director in 1999 and chief executive of UK operations in 2006. Her departure comes less than a year after Jonathan Durden, the final founding partner remaining at the agency, left to join Miles Calcraft Briginshaw Duffy. Co-founder David Pattison also quit early last year to join i-Level Group as chief executive.

Blazey oversaw a restructure of the agency’s management in January last year, which aimed to support the growth of the PHD network. Daren Rubins, business director, was promoted to managing director, and Jonathan Fowles, also a business director, became executive director of planning. He replaced Mark Holden, who moved into an international role.

As the world goes online, advertising budget allocations are reflecting the trend. However, the massive scale and shifting user patterns make the internet a challenging medium for marketers

Chancellor Alistair Darling has called a crisis meeting with energy regulator Ofgem over last week’s gas and electricity price rises. It is understood Darling is concerned that energy providers are using fluctuations in the wholesale market to excuse soaring prices. It is hoped that the meeting will increase pressure on suppliers such as Npower, which […]

Zavvi, the music retailer, is restructuring its board in a moved aimed increasing its focus on online sales. Marketing director Steve Kincaid will now become e-commerce director and trading director, Mark Noonan, will become commercial director with responsibility for marketing. The changes come as the chain reports 70% growth in online sales over the festive […]