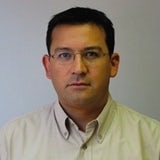 Atari marketing director Richard Orr has been ousted from beleaguered video games brand Atari after just 18 months in the role. It is not thought that he has another job to go.

UK managing director Jeremy Wigmore says that the UK marketing director role has been scrapped in a management restructure and there are no plans to replace Orr.

Orr joined the games brand in January last year from BMG Records, replacing Amanda Farr (MW January 20, 2005). Prior to that he had been at HMV for seven years, rising to head of marketing in 2001 (MW September 20, 2001).

Wigmore admits the company is suffering from tough conditions but says that Orr’s departure was part of a company-wide review. He says: “There is a fundamental issue with the UK. The industry is in a transitional year and everyone is struggling.”

Atari has been forced to take several steps to improve its financial position. Last week, it sold the intellectual property and technology rights for its games brand Driver to rival publisher Ubisoft, as well as most of the assets of developer Reflections Interactive for $24m (13m).