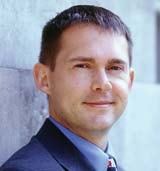 The marketing chief of one of the UK’s leading Child Trust Fund investment companies is calling on the Government to compel parents to use vouchers more quickly following a late rush of applications ahead of the scheme’s first deadline.

According to Family Investments marketing director Miles Bingham, people have been scrambling to open accounts days before vouchers expire, sending in applications by special delivery at “considerable expense”, after belatedly realising HM Revenue &amp; Customs would invest the money for their child instead.

Bingham is calling for the Inland Revenue to cut the voucher expiry dates to three months from 12, so children do not miss out on interest payments. The first vouchers, which are worth between &£250 and &£500 for children born after September 2002, were issued last January. Up to 600,000 vouchers are due to expire imminently, despite two above-the-line campaigns and a direct marketing drive from the Government (MW September 29, 2005).

Bingham says the direct mail campaign proved a “damp squib”, with little increase in activity. He adds that the multi-million-pound advertising urging parents to open accounts, created by M&amp;C Saatchi, has been largely ineffective.

A bigger motivator appears to be the voucher’s expiry date, he says, with parents clamouring for information and opening accounts at the last minute. Only 1.1 million of a total of 2 million vouchers have so far been invested.

“Our message to the Government is to give vouchers a shorter shelf-life so people will be more keen to act when they receive them,” says Bingham.