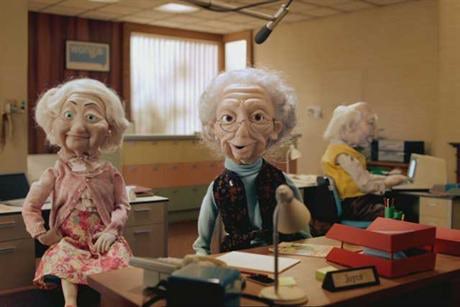 The figure compares to findings from the same report today (10 December) revealing that each adult saw an average of 152 payday loan adverts in 2012.

It found adverts from the controversial sector accounted for 0.8 per cent of all ads seen by kids aged between 4-15 year-olds. The trend represents a 21.8 per cent increase on the 466 million ads seen by the age-group in 2011 following a hike on the 3 million 2008.

The sharp rise reinforces concerns from consumer groups that children are being targeted by payday lenders. Last year, more than half (55%) of all payday loans TV ads were aired in the daytime between 9:30am and 4:59pm, while 16 per cent were shown between 5:00pm and 8:59pm, Ofcom found.

Moneysavingexpert.com founder Martin Lewis along with Citizens Advice, Which? and StepChange have been leading calls for lenders to be banned from appearing on kids’ TV channels.

Lewis says the research is “proof” that payday lenders are “grooming” kids, a charge he made last month, to be the next generation of borrowers urging the government to clamp down on the sector.

He adds: “Our research shows 14 per cent of parents of under-10s have had their kids suggest a payday loan when they’ve been turned down for things like toys. But the real danger is the normalisation of these far-from normal loans to the next generation.

“We called six weeks ago for the Government to ban all high-cost credit advertising from kids’ TV.  The Labour Party has picked it up and now supports the policy.  Today’s research should act as a clarion call for others to follow.”

Russell Hamblin-Boone, chief executive of the sector’s trade body the Consumer Finance Association (CFA), says its members are “actively engaged” with the Advertising Standards Authority to ensure they are advertising responsibly.

He adds: “CFA members do not target any specific group of people and certainly not children, either through advertising on children’s TV channels or through using childish mascots/characters.

“The buying of advertising space is done so as to appeal to adults for whom a loan may be suitable. However, simply viewing an advert doesn’t equate to a loan approval, CFA members conduct robust affordability assessments and work with the credit reference agencies before lending to anyone.

The UK advertising industry’s trade body ISBA says it is working with its members and the ASA to ensure ”regulation works”.

Ian Twinn, director of public affairs at the organisation, adds: ”“Consumers expect advertising to be responsible and not to mislead them.  Ads are there to help consumers make an informed choice, not to make their lives more difficult.

“Payday loans represent a very small proportion of ads seen by adults and children and Ofcom’s research helps put concerns around payday loans into context.  The timing of the ads, often late at night, also needs to be taken into account.  Payday loans are attracting some criticism but the truth is they are used and welcomed by people who have nowhere else to go, other than illegal loan sharks.”

The research is based on an analysis of BARB viewing data over five years from 2008 to 2012.

Payment services provider PayPal has overseen a rapid acceleration of its location-based services in the UK after launching a trial of its ‘check-in’ technology in the summer. The feature enables users of the PayPal app to identify shops in their vicinity that accept PayPal payment, click on them to check in and pay using their PayPal profile. The opportunity for brands to engage with start-ups is significant. Yet I am still struck by how big a gulf there is between the growing start-up and the general marketing communities. I wrote in Marketing Week earlier in the year about the opportunities for large companies to engage with these smaller, innovative businesses yet – with a few exceptions – little progress seems to have been made.