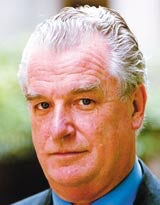 Chime Communications, the marketing services holding company run by Lord Bell, is planning to buy ad agency Vallance Carruthers Coleman Partners as it seeks to boost its presence in above-the-line advertising, according to a source close to negotiations.

It is understood that a deal will be unveiled shortly, though neither Chime chairman Lord Bell nor any of the partners from VCCP were available for comment as Marketing Week went to press.

VCCP was launched three years ago with founding client O2. Last year, the mobile operator accounted for £40m of the agency’s £73m total billings. It is thought the agency’s partners are looking for the backing of a holding company in the event that O2 switches agency, cuts its spend or withdraws from the market.

Chime controls more than 25 companies in public relations, marketing services and research and is constantly seeking new acquisitions. In March, it bought PR agency Grandfield. It owns 51 per cent of ad agency HHCL/Red Cell. WPP Group owns the other 49 per cent and leads the agency’s international business. Chime is thought to be keen to heighten its profile in above-the-line advertising. Its Heresy IMS Group offers integrated marketing services.

Earlier this year, Chime revealed that profits had bounced back after several difficult years. It delivered a pre-tax profit for 2004 of £7m, compared with a loss of £11.2m the year before. Turnover edged up to £95.7m.