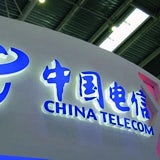 The telecoms company, which yesterday announced it is to launch its first overseas mobile virtual network operator (MVNO) in the UK this quarter, after signing a deal with Everything Everywhere, is “looking for opportunities in the commercial market” for British businesses to utilise its call packages at Chinese-specific information services.

Yan Ou, managing director of CTE, says the company aims to reach 20,000 UK subscribers in its first year, by initially targeting the estimated half a million Chinese people that live here and the 600,000 tourists that visit from China each year.

Ou says that while CTE’s primary focus will be to provide services for the overseas Chinese community, it is possible the company would look to increase its customer base to non-Chinese nationals with business interests in the region later down the line.

He adds: “We are testing the MVNO market in the UK first but we are confident of success and we will look to expand elsewhere in the European market in the second half of next year.”

CTE already has offices, but not MVNOs, in Germany, Russia and Dubai and is planning to expand into Kenya, Turkey and South Africa later this year.

Initially CTE’s mobile offer in the UK will consist of basic multi-lingual pay-as-you-go SIMs, but the “second stage” of the launch strategy will include the roll out of contract packages.

The third step of the strategy will focus on providing “Chinese information” services via the mobile internet for tourists and the wider Chinese community such as details of nearby restaurants and shopping centres.

Ou says the company is also set to work with local information service providers to ensure that all the content CTE customers see on their mobiles is instantly translated into the Chinese language.

China Telecom is the smallest of the three Chinese mobile operators – China Mobile and China Unicom – with 12% domestic market share, according to Ovum, but Ou says the European division is growing revenues by a rate of 70% year on year, due to its rapid expansion.

When I read Mark Ritson’s recent article attacking David Thorp and the CIM for producing the document Marketing and Sales Fusion (MW 15 December), it made me think of how Ned Ludd would have reacted when he first learned of the Spinning Jenny. Like Mr Ludd, Ritson has picked up the nearest sledgehammer and sought […]