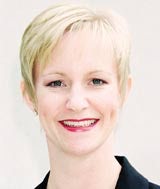 La Trobe joins the company from rival hotel chain Millennium Copthorne, where she was director of marketing for Europe, the Middle East and Africa with global responsibility for brand standards.

She has worked for Choice Hotels before, as marketing services director. Her new responsibilities include developing a UK and European marketing strategy, to include branding and partnerships.

Choice Hotels Europe owns or franchises more than 500 properties in the UK and Europe. Its brands include Clarion, Sleep, Comfort and Quality. The company used Senior King as its lead marketing agency until last July, but has since been using agencies on a project basis. A spokeswoman says there are no immediate plans to change this strategy.