Evans, who will be presenting the Marketing Week Engage awards next week (18 May), registered 9.5 million listeners per week in the three months to 31 March, according to latest Rajar data, compared with the 8.4 million that tuned into Sir Terry in the final quarter of 2009 and the 8.1 million that listened each week in the same period last year.

Sir Terry presented his last breakfast show on 18 December after 27 years in the slot.

It was thought that Evans could lose listeners. Many of Sir Terry’s audience, dubbed TOGSs”, (Terry’s old geezers and gals) were unhappy at the decision to replace him with the younger and often controversial Evans.

The station is due to be axed at the end of the year following a strategic review by BBC director general Mark Thompson, announced in March. News of the closure prompted a backlash from listeners with over 100,000 joining a Facebook group demanding the digital-only station be saved.

The performance of Evans and 6 Music helped the BBC increase its share of the radio market.

Crucially, the commercial sector also lost some of its share of the advertiser-friendly  15-44 year-old market, down to 51.2% from 53.2% in the previous three month period and 51.6% last year. 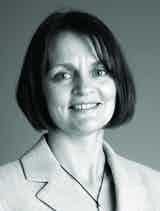 Danielle Pinnington, managing director of Shoppercentric, explains why brands should make use of the shopper insights they gather.

Meet the scholars: The Marketing Hall of Legends has unveiled the first 28 young marketers to join The Marketing Academy, the coaching and mentoring scheme created to help develop emerging talent.