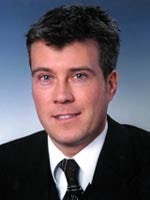 Hawken has put in a request for a transfer for a senior marketing position within the Volkswagen Group, which owns VW, Audi, Seat and Skoda.

His role will be taken by VW’s product marketing manager Mary Newcombe, who will shadow Hawken until his departure. She will also take the bulk of the responsibility for the launch of the Skoda Superb next year.

A source close to Hawken told Marketing Week: “Hawken won’t be leaving in a hurry. It could take him a while to find the perfect job. He wants to move to another country while his children are still young.”

Hawken has been at Skoda since 1998, and is well regarded in both the car and marketing industries.

It was Hawken who moved Skoda UK’s European aligned advertising business out of Grey and into Fallon in 1999, although he faced resistance from Skoda’s head office. He is also credited with forging one of the best car ad campaign for many years.

Skoda swept the board at the Marketing Week/CIM Effectiveness Awards last year, and Hawken himself received the marketer of the year award.

Hawken started his career at Rover in 1987 on the fleet side of the business. He also worked at Peugeot and moved to Skoda’s parent company, Volkswagen, in 1994.