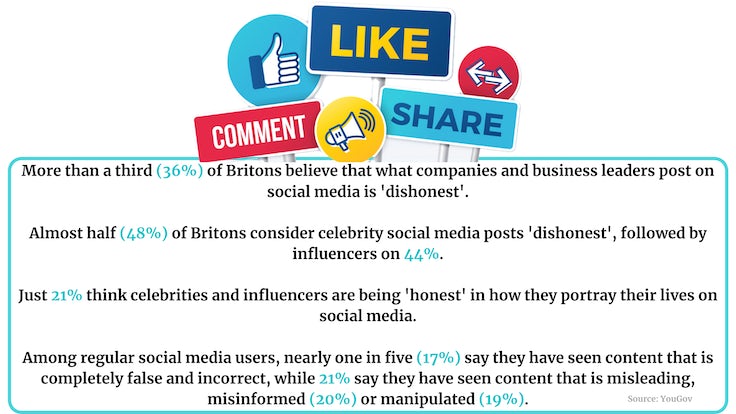 People are most mistrusting of celebrities, with almost half (48%) of Britons considering celebrity social media posts ‘dishonest’, followed by influencers on 44%. Just 21% think celebrities and influencers are being ‘honest’ in how they portray their lives on social media.

Christmas ad spend up but TV investment down 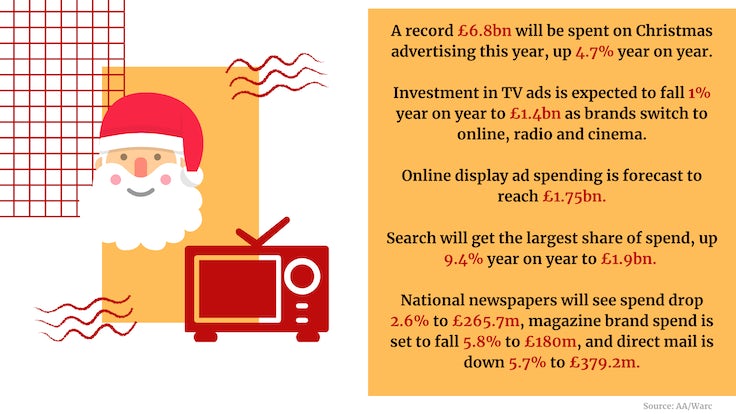 A record £6.8bn will be spent on Christmas advertising this year, up 4.7% year on year.

However, investment in TV ads is expected to fall 1% year on year to £1.4bn as brands switch to online, radio and cinema. Online display ad spending is forecast to reach £1.75bn, marking the first year more is spent on online display ads than TV.

The importance of long-term agency relationships 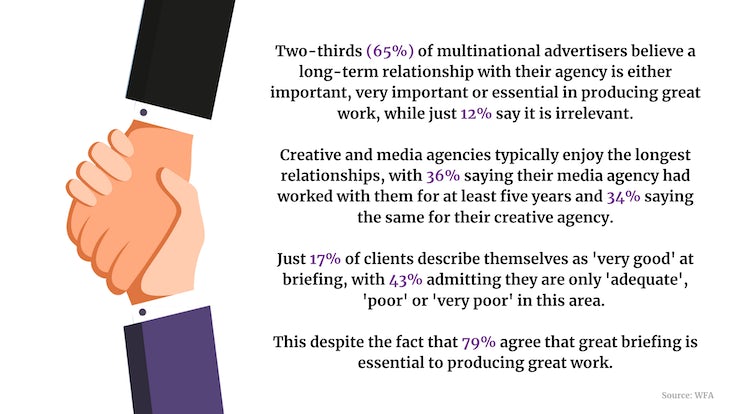 Two-thirds (65%) of multinational advertisers believe a long-term relationship with their agency is either important, very important or essential in producing great work, while just 12% say it is irrelevant.

Creative and media agencies typically enjoy the longest relationships, with 36% saying their media agency had worked with them for at least five years and 34% saying the same for their creative agency.

However, there are improvements that can be made. Just 17% of clients describe themselves as ‘very good’ at briefing, with 43% admitting they are only ‘adequate’, ‘poor’ or ‘very poor’ in this area. This despite the fact that 79% agree that great briefing is essential to producing great work.

Wearables market set to increase by 27% 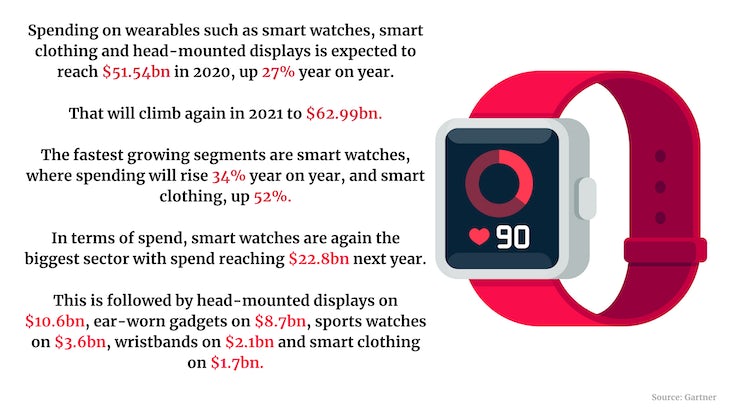 The fastest growing segments are smart watches, where spending will rise 34% year on year, and smart clothing, up 52%. Smart watches will also be the biggest in terms of overall shipments, at 86 million units, followed by ear-worn gadgets on 70 million units.

In terms of spend, smart watches are again the biggest sector with spend reaching $22.8bn next year. This is followed by head-mounted displays on $10.6bn, ear-worn gadgets on $8.7bn, sports watches on $3.6bn, wristbands on $2.1bn and smart clothing on $1.7bn. 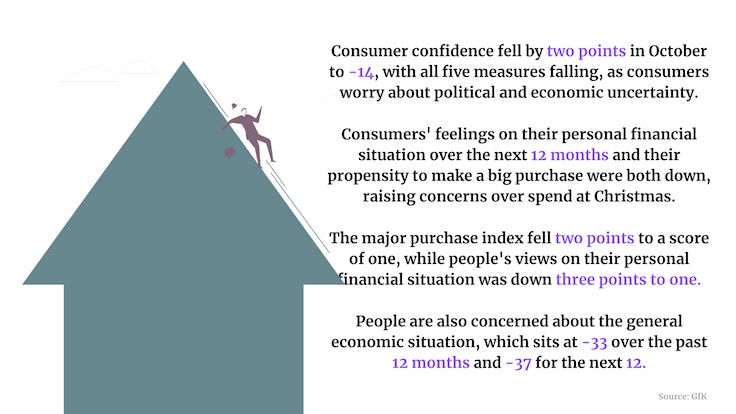 Consumer confidence fell by two points in October to -14, with all five measures falling, as consumers worry about political and economic uncertainty.

People are also concerned about the general economic situation, which sits at -33 over the past 12 months and -37 for the next 12. 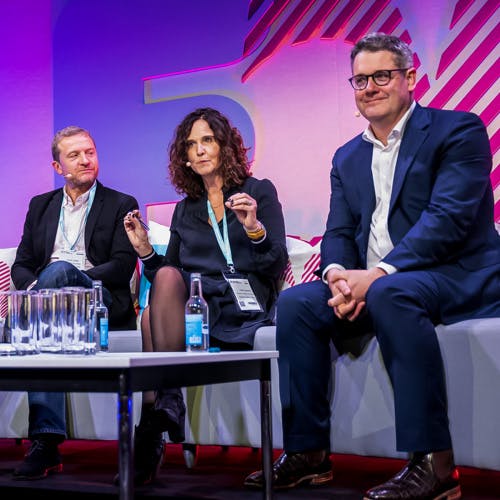 Marketing Week columnists Colin Lewis, Helen Edwards and Mark Ritson gathered at this year’s Festival of Marketing to make their case for the topics they want to see the back of. 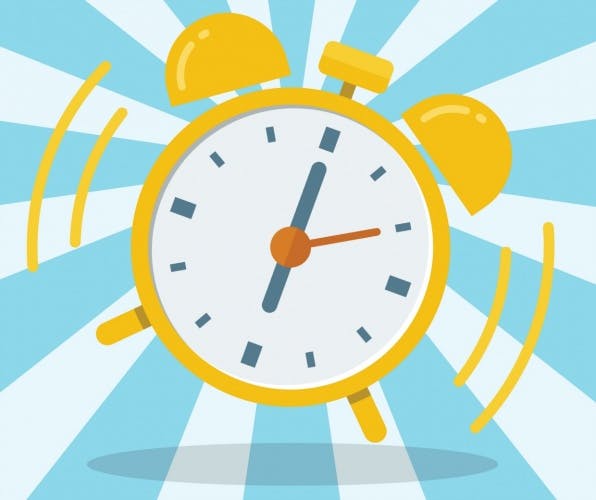