Sainsbury’s is pulling out all the stops this year. It has teamed up with Oscar-winning director Kevin McDonald to create a 50-minute feature film that aims to show how Britain spends Christmas day using home videos sent in by customers.

The campaign is part of a wider trend for brands to use content to create buzz and interest on social media. Nevertheless, the supermarket has taken a risk here by moving away from the usual ads bonanza and focusing its Christmas attention on a film.

This isn’t the first time the supermarket has gone with an engagement-led marketing strategy. It sponsored the Paralympics last year and launched a campaign over the summer aimed at helping stressed parents over the school holidays.

This approach, together with its “Live well for less” strapline is clearly resonating with consumers. The brand is riding high and sales and market share are on the up. With its Christmas ad it also has a campaign that will pull at the heartstrings and make people see the brand as a supermarket that is all things to all people.

The launch of the John Lewis ad has become an event in its own right, rivalling Super Bowl ads in terms of expectation, hype and social buzz and chatter. This year it even managed to convince Simon Cowell to reschedule the X Factor to allow it to take over a whole ad break during programme and created a projection on the South Bank.

John Lewis is also succeeding in building up an industry around the ad, launching merchandise ranging from bear and hare onesies to cuddly toys. The single by Lily Allen is riding high on iTunes.

Positioned around “thoughtful giving”, John Lewis has managed to convince the British population that spending money on the perfect gift is the way to a successful Christmas. A marketing coup if ever there was one.

Like rival Sainsbury’s, Tesco is trying to portray the reality of Christmas for families, rather than a “perfect airbrushed one”. It focuses on one family, using cinefilm and videocam footage to show their experience of the festive season over the past 50 years.

The idea isn’t particularly new, but it is well executed and manages to create an emotional connection with the viewer. The supermarket will be hoping the ad helps it continue its recent modest sales revival.

The Waitrose ad stands out from the crowd because it’s about “giving something back”, rather than buying gifts or products. This is the second year in a row it’s gone down this route and while it may have been seen as a risk last year, an underlying sales rise of 4.3 per cent last Christmas suggests it paid off.

It’s a remarkably understated ad that eschews glitz and glamour and makes a boy in a bobble hat the star of the show. It is also in direct contrast to its rival in the high-end food market, Marks & Spencer, which has gone all out on a luxurious fairy tale-themed campaign.

M&S has spent millions creating an ad that looks expensive, feels luxurious and showcases its finest products across both its clothing and food divisions. It also has celebrity appeal, with Rosie Huntington-Whitely, David Gandy and Helene Bonham Carter taking starring roles.

However, it is the celebrities that are the problem. No one really believes that models like Huntington-Whitely shops at or wears M&S clothes.

As with much of M&S’s marketing, its style over substance. The retailer needs to put focus on finding out who its audience is and playing to them than trying to win people over with glitz and glamour.

The Boots ad is a nice idea. A hoodie-wearing lad sneaks out of home clearly on his way to cause some trouble. What he’s actually doing is delivering gifts to people that have done something special for him.

The problem is the music the ad is set to. Bronski Beat’s Smalltown Boy tells the story of a young boy from a small town forced to leave due to abuse because he’s homosexual.

That doesn’t really tie in with the wider message of the Boots ad. Marketing Week has received complaints that its use in the ad trivialises an important track for the gay community.

The best thing that can be said about Morrison’s campaign is that it’s an improvement on last year, when it was investigated by the ASA for sexism and cruelty to dogs. This year it has returned to form, featuring Ant & Dec and an all-singing all-dancing gingerbread man to wax lyrical about its food.

The problem is most of the food on the overladen table looks like its made of wax – its weirdly glistening and unappealing. Plus at the end it appears Dec is about to eat the gingerbread man. What a way to go.

Does Santa actually work for a sofa retailer? DFS wants us to think so.

One of its Christmas ads show him working in a factory and delivering sofas for people who order in time for Christmas. Another shows him going into a DFS store and noting down what’s available, before again becoming a delivery driver.

This seems like a disappointing way to end Santa’s previous career delivering gifts to kids. Has Christmas been cancelled? 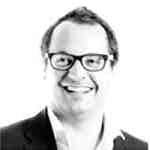 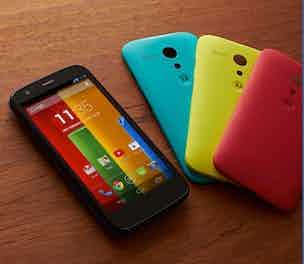