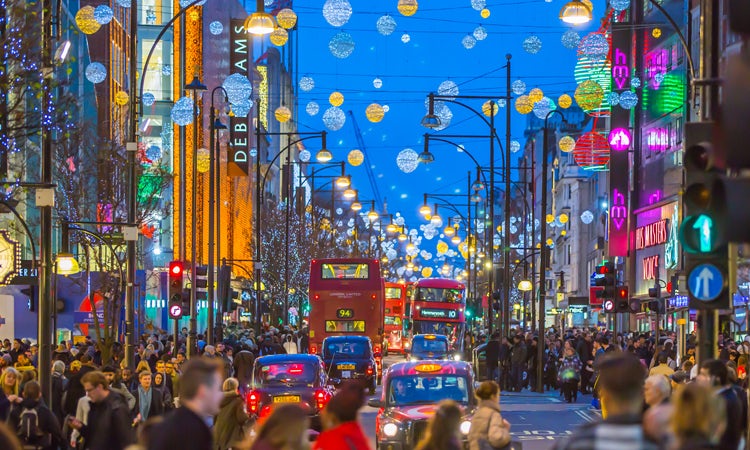 We all knew Christmas was going to be a tough one for retailers. The last 12 months especially have seen myriad challenges stack up even higher against them – a volatile economy, Brexit, dwindling consumer confidence and competitive discounting, to name but a few – and it was decided Christmas 2018 was going to be “bleak” long before it had even begun.

As such, we saw retailers take a very different approach to their marketing in the festive run-up – much of this out of necessity rather than choice. Many went for a more commercial approach, eschewing the brand campaigns that have become synonymous with the festive period in a desperate attempt to get people to stick their hands into their increasingly tight wallets.

Except for a small handful, this resulted in product-heavy ads that were described by one analyst at TCC Global as “disappointingly anonymous” and like “unimaginative shop windows”. But they reflected the challenging retail landscape and sombre mood of the nation.

In January, the British Retail Consortium confirmed retailers’s worst fears and declared 2018 the worst Christmas since the financial crash in 2008. Sales were flat, with year-on-year growth sitting at 0%. In-store sales were down while online growth slowed. Consumer spending overall was up just 1.8%, the lowest rate since March 2016.

That has led to profit warnings, disappointing sales and in the worst instance HMV going into administration for the second time. But all in all it could have been much worse. And amid the darkness there have been a few glimmering beacons of hope, largely thanks to last minute Christmas shopping and online sales.

There are, as always, existential questions surrounding what the future of retail will look like. But before we get too glum, let’s take a retrospective look at 2018’s festive campaigns to see which marketing approach, if any, was most effective and whether any retailer has found the magic formula to inject some certainty back into these “uncertain” times. 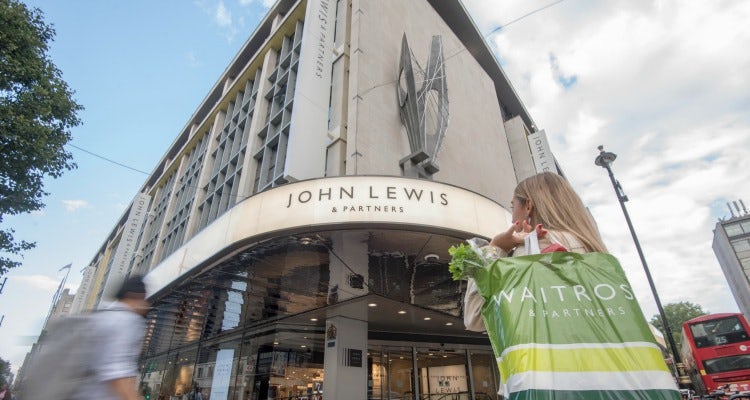 Let’s start with the bright spots on the high street. Like-for-like sales at John Lewis were up 1% after the department store stuck to its usual blockbuster spot and splashed lots of dosh on a 140-second ad about Elton John (The Boy & The Piano by Adam&EveDDB).

The main campaign video racked up 50 million views on social media – 16% more than last year’s Moz the Monster campaign. But social media views don’t indicate how well the ad was received or the impact it had on sales – even John Lewis’s managing director Paula Nickolds said it is too early to tell whether the campaign had the resonance John Lewis was hoping for (although it was “pleased” with the number of pianos it sold).

Heavy discounting around Black Friday and in the run-up to Christmas no doubt played its part in the sales uplift, which simultaneously led to John Lewis issuing a profit warning for the year ahead as it is forced to price match due to its ‘Never Knowingly Undersold’ price promise.

Marks & Spencer, with its “unashamedly commercial” approach, had the opposite outcome, with like-for-like sales across food, and clothing and home down 2.1% and 2.4% respectively but no warning on profit.

In spite of the sales dip, it claims the product focus paid off and that customers “responded well”, with record sales of products that featured in the ads. That is to be expected but perhaps it would have seen wider sales rise with a more brand-led approach. The drop in sales was instead down to low consumer confidence, mild weather, Black Friday and widespread discounting from rivals.

Where M&S did see good growth was online, with a 14% increase in sales no doubt giving boss Steve Rowe the reassurance he needs that the decision to close more than 100 stores and move a third of the business online is the right one.

Still, there is no arguing that there is a long way to go to turn both its general merchandising and food businesses around, and while M&S said the early results are “encouraging”, questions remain over whether it missed out on an opportunity to build some much-needed brand love this Christmas.

Next is another retailer that benefited from a big boost in online sales (up 15.2% year on year), while total Christmas sales were up 1.5% (Next’s update was just a trading statement so no like-for-like figures) thanks to a late surge in shopping in December.

However, this may have been at the expense of its high street stores, where sales were down 9.2%, adding Next to the list of retailers that have had to reduce their profit guidance for the year ahead.

Having made the decision to ditch the “vanity project” TV ad in favour of much shorter ads and experiential activity in-store, Debenhams failed to “create a true gift destination” and “capitalise on the social shopping trend”, like it said it wanted to do, and reported a sales decline of 5.7%.

As with M&S, it feels like the increased focus on short-term sales came at the expense of emotional engagement and cost this struggling retailer a crucial trading period. 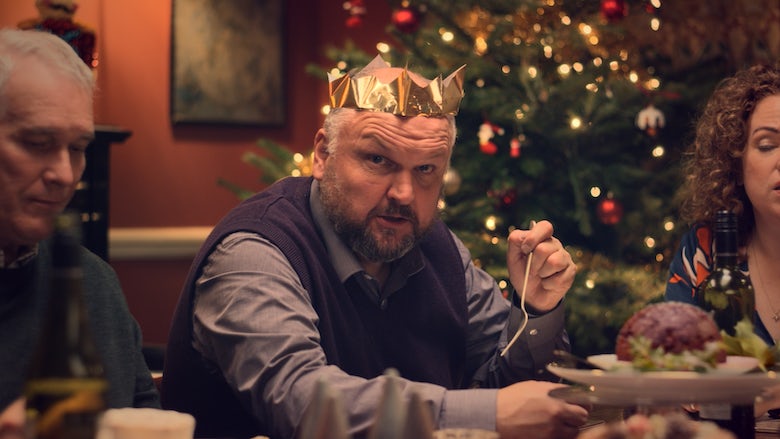 Despite the supermarket sector growing at its slowest rate since March 2017 at just 1.6%, it managed to buck the generally woeful high street trend with record Christmas sales of £29.3bn in the 12 weeks to 30 December 2018.

This is partly due to a much slower shift to online grocery shopping – a move that has been less merciful to those on the high street – but the results undoubtedly make a strong case for the effectiveness of focusing on price and value within the supermarket sector.

This is not just true for German discounters Aldi and Lidl, which two-thirds of households shopped at over the Christmas period, culminating in their highest ever market share of 12.8%, according to Kantar Worldpanel.

With a 2.2% rise in UK sales, Tesco had its strongest festive results in almost a decade, which Britain’s largest supermarket has attributed to strong brand engagement around its marketing that in turn helped to drive quality and value perceptions (up 3.5 and 4.5 percentage points year on year respectively).

Boss Dave Lewis said the ‘Everyone’s Welcome’ campaign, which built on 2017’s message, was based on the view that “more connected and insightful” campaigns talking about the brand and how people relate to food had more of an impact on sales than pushing particular product lines, although interestingly Tesco was the only supermarket to actually increase its promotional activity year-on-year.

Similar to John Lewis, Tesco’s approach shows how important the halo brand effect is: it is fine to push products to drive short-term sales, but those ads are likely to be much more effective if strong brand engagement is already in place.

Meanwhile, Sainsbury’s forewent the product-focus and returned to the traditional blockbuster spot with an all-singing, all-dancing school nativity (which has since propelled one particular plug to social media fame), but with very different results.

Like Marks & Spencer, Sainsbury’s blamed its 1.1% sales decline on a combination of cautious consumer spending and a reduction in promotional activity around Black Friday rather than Christmas trading, which it said was “strong”. 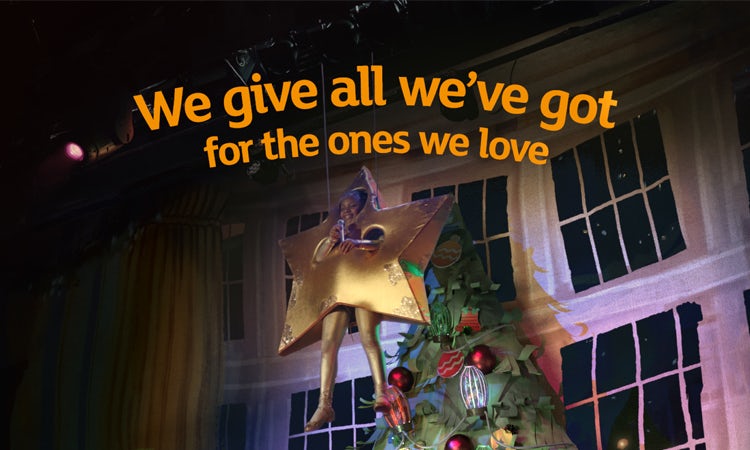 But Sainsbury’s was just one of three supermarkets to see its market share decline over the period – down 0.3 percentage points according to Kantar – which suggests it could have benefited from some last minute shameless product plugs.

Within this sector Morrisons is somewhat of an anomaly. It was one of the last supermarkets to begin its Christmas marketing activity and when it did, the For Your Christmas campaign launched with very little fanfare compared with its rivals.

Still, while sales growth was weaker than in 2017, they were still up 3.6% and even beat market expectations of near-flat growth. Perhaps what this shows is that the marketing is important but it can’t paper over the cracks. Sainsbury’s has come under increasing criticism for product availability, customer service and the general state of its stores in recent months while its rivals Morrisons and Tesco have put the focus on sorting the customer experience with the advertising the cherry on top. There is only so far a marketing message that resonates will get you if it isn’t backed up by the in-store experience.

It is difficult to single out a ‘winner’ this year and feels insensitive to do so while so many retailers are struggling to keep their head above water.

But stronger results from John Lewis and Tesco seem to confirm the obvious: it is easy to turn brand love into sales, but it is much harder to generate long term emotional engagement by focusing on sales alone.

Tesco saw UK sales rise 2.2% in the Christmas period, its best festive results in nearly a decade, as its “more connected” marketing campaigns helped boost quality and value perceptions and its NPS.