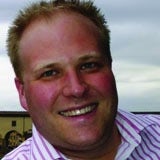 We are fast approaching Christmas in a retail environment that is set to become more challenging than ever before. Following George Osborne’s spending cuts, 77% of the UK population believe their family’s income will fall (ICM Research).

In such an environment, retailers will doubtless be looking to offer bargains wherever they can – yet brands should resist the temptation to focus purely on price. Unless you give it away for nothing, there will always be someone who can be cheaper than you.

It is better by far to focus on being better. Better has subjectivity. It’s relative to personal tastes and experience. It can also be stretched upward. Things can get better. Cheap prices can only go down.

This is never more evident than at Christmas. While consumers are always on the lookout for a bargain, we have to remember that Christmas is the one time of the year where consumers permit themselves to spend a little more. Grocers, for example, will always experience a peak in sales on their premium range foods as consumers trade up at this time of year.

Christmas, you see, needs to be perfect. From the presents under the tree, to the dinner on the table, there is room to stretch the budget. And while price promotions clearly play a role, we cannot underestimate the mindset of consumers who want more than just cheap products – and they’re willing to shop around for them.

Constant price promotion only serves to commoditise a brand in the mind of a shopper. This is particularly damaging for brands trying to own a premium space as Walkers Sensations has discovered. Launched in a storm of trade deals, the brand never owned, even for a short time, the premium space.
Consumers were told it was premium, but why would they believe it when, week in week out, it was in the same price bracket as many of the own brand re-constituted starch snacks? The brand has been forced onto permanent promotion ever since as the only way to hold its place on fixture and relevance in the shopper mind as the ’decent’, cheap crisps.

Stella is another example of a reassuringly expensive brand consistently offered at half price – as cheap and if not cheaper than the other beers it is stockpiled alongside in the supermarket.

There’s certainly pressure from the grocers to use supplier brands to provide the ’price’ part of their value equation and it is therefore understandable why suppliers allow their brands to be bartered in this way. Used smartly though, both retailer and supplier can benefit.

While the retailer gets some shopper traction with a valued brand that acts as a loss leader to drive footfall, the supplier benefits from decent display and share of shopper attention. But, given the pressures of the recession, consumers have become even more promotionally savvy and can spot and filter those brands that are always on promotion. A constant price offer isn’t new news to a savvy shopper and even if it is on a gondola end, it will not serve to attract or disrupt and will simply become wallpaper. Many of the grocers have noted this and have limited the amount of feature these brands get or have started to group them into ’everyday low prices’ or ’permanent roll-backs’.

Price promotion is a useful tool strategically and tactically for retailers and suppliers respectively. It can help give a genuine feeling of value for the retailer. And for suppliers, it helps gain traction with shoppers at key occasions, owning them for the brand and making sure it’s the one on the barbecue in the summer, in the fridge during the footy – and, of course, in the kids’ stockings at Christmas.

It’s a strategy, though, that requires caution to ensure the targeting and appeal extends beyond these event pigeon-holes. If you have created a brand and shopper relevance that extends beyond price, then your brand will continue to go into the shopping basket when your competitor next pays to take its place on the gondola end.

As the festive season descends… Squander your price promotions and you end up with nothing to offer.