The festive trading quarter is one of the most important of the year for retailers, but they faced a perfect storm of challenges in the run-up to Christmas 2017.

Figures from the British Retail Consortium (BRC) show footfall was down by 3.5% in December, the biggest decline since March 2013, with high streets and shopping centres the hardest hit. And separate research by The Retail Think Tank shows the retail sector’s financial health in the so-called ‘Golden Quarter’ fell for the first time since 2012.

There are a number of reasons for these challenges. Falling footfall reflects a decline in consumers’ disposable income, as well as the move towards ecommerce. Meanwhile, a difficult economic climate with weak wage growth, fragile consumer confidence and inflation caused a further decline in sales.

BRC CEO Helen Dickinson says: “Households had to use their money more carefully, researching products online rather than heading out to stores to browse.”

Yet this was in a broad sense a tale of two Christmases. The BRC data shows that food sales were up by 4% year on year in the final three months of 2017, while non-food sales fell by 1.4%. Those figures show that, although consumers might have been lacking in confidence and tightening their belts, that didn’t extend to the essentials.

Aldi and Lidl don’t reveal like-for-like sales figures, but according to Kantar Worldpanel they were again the best performing of the grocers over Christmas, posting double-digit growth. Aldi says it saw a 15% rise in December, taking its annual revenues in the UK and Ireland above £10bn for the first time, although this includes new store openings which continue apace.

We want to continue to listen to customers and respond quickly. It’s much cheaper than consultants and normally 100% more accurate.

Despite the continued popularity of the discounters, the big four also performed well this Christmas. Kantar Worldpanel shows Asda returning to growth, while Sainsbury’s saw food sales increase by 2.3% and Tesco’s like-for-like sales were up 1.9%.

However, it is Morrisons that comes out top, with same-store sales up 2.8% year on year in the 10 weeks to 7 January. It credits that recovery in part to its new automated ordering system which CFO Trevor Strain says improved availability and reducing gaps in its offering by 30%, as well as listening to consumers.

“We are driving growth across the board. We intend to recover the company sustainably by becoming more competitive and serving customers better. When you start to unpick what that might mean around choice, availability, pricing, service, offers and environments there is plenty to go at in retail when you approach the business that way,” he explains.

“We want to continue to listen to customers and respond quickly. It’s much cheaper than consultants and normally 100% more accurate, so we’ll continue to do that in order to improve the company.”

Focus on the basics

Morrisons is not the only retailer that believes a focus on the retail basics paid dividends over Christmas. Despite what John Lewis’s managing director Paula Nickolds calls a “tough market”, the department store managed to increase its sales share every week over the festive period and in every category. Overall, sales were up 3.1% on a like-for-like basis, well ahead of the market.

“Consumer sentiment is undoubtedly cautious and consumers are looking to buy well so they are more considered in their purchasing. At a time like this, retail truisms are never more relevant. Retailers need to offer great product at fantastic value and provide a service and experience that customers enjoy,” she says.

“The market remains challenging but that is all the more reason retailers need to be on top of their game.”

Those that weren’t struggled over Christmas. Debenhams was forced to issue a profit warning as sales fell 2.6%, as did House of Fraser and Mothercare. Part of the problem was a hugely promotional retail environment, with the high street strewn with sales and discounts, particularly in the final days before Christmas as retailers desperately looked to shift stock and boost sales, although not their profit margins.

That is backed up by figures from BRC, which shows non-food prices fell by 2.1% year on year in December, accelerating from the 1.1% decline seen in November.

We didn’t take part in Black Friday and we think that is the right thing to do for our price integrity.

Black Friday has got consumers used to getting discounts in the run-up to Christmas. It has been a success for some, with John Lewis claiming its busiest ever hour for orders on the day, while Very and Dixons Carphone talked up their strong start to Christmas, particularly in the electricals department.

Yet there are others that are moving away from the event. John Lewis is pulled in due to its Never Knowingly Undersold price promise, but Nickolds candidly admits that “if it didn’t exist we wouldn’t invent it”.

And Marks & Spencer joined a growing list of retailers that refused to take part this year and says the decision paid off because it saw revenue growth both in-store and online in November and December. Like-for-like sales in its clothing division were down by 2.8%, but it claims it would have seen an increase had it not been for a warm October.

“We didn’t take part in Black Friday and we think that is the right thing to do for our price integrity,” says M&S boss Steve Rowe. “We don’t want to have to discount on overpriced merchandise. If the first price is the right price then consumers will trust it.

Then of course there is the shift to online. Online-only retailer Boohoo saw group sales double to £228.2m in the four months to 31 December, while Ted Baker linked its surge in sales to online shopping. And Next’s good performance over Christmas has been credited with its more mature online operation.

M&S, meanwhile, saw online sales rise by just 3%, slower than the 8% increase seen across the market, and so it therefore struggled. Rowe admits M&S had to carefully manage its online sales as its distribution centre is not yet up to speed.

But as other retailers invest in their ecommerce operations and extend the deadlines for services such as next-day delivery and click-and-collect, more and more sales are heading online. Those that can’t compete are getting left behind.

Retailers have to be omnichannel; stores versus online is a flawed way of looking at performance.

“In the past, shoppers would have exclusively visited physical stores to ensure stockings were filled for Christmas. Improved delivery options by both purely digital retailers and those with stores and an online offer mean many purchases of last minute gifts are moving online,” says the BRC’s Dickinson.

Yet John Lewis’s Nickolds believes this separation of online and in-store is “flawed” and it is omnichannel retailers that will be the biggest Christmas winners in the future.

“Most of our sales are driven by a combination of channels. People browse online, buy on tablet and pick-up in store. Retailers have to be omnichannel; stores versus online is a flawed way of looking at performance,” she says.

What is clear from this Christmas is that retailers are facing intense competition as shoppers face a squeeze on incomes and become increasingly concerned about the economy so rein in their spending. The winners are those that understand their consumers, focus on providing the best experience of their brand – whether through price, service, quality or value – and keep up as consumers head online. For those that haven’t it is not just Christmas sales they should be worried about.

The retailer’s MD says social media reach and views show its Christmas marketing strategy is still working as it posts festive sales of £1bn for the first time.

Like-for-like sales grew by 2.3% in the UK during the third quarter, marking the eighth consecutive quarter of growth, while M&S saw like-for-like food sales decline over Christmas. 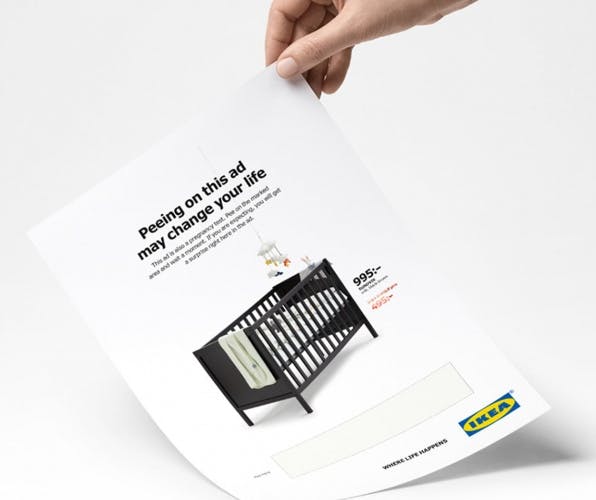 Plus Oreo launches a new campaign in Belgium and France with the help of actor Owen Wilson and Airbnb faces a further crackdown in Amsterdam.