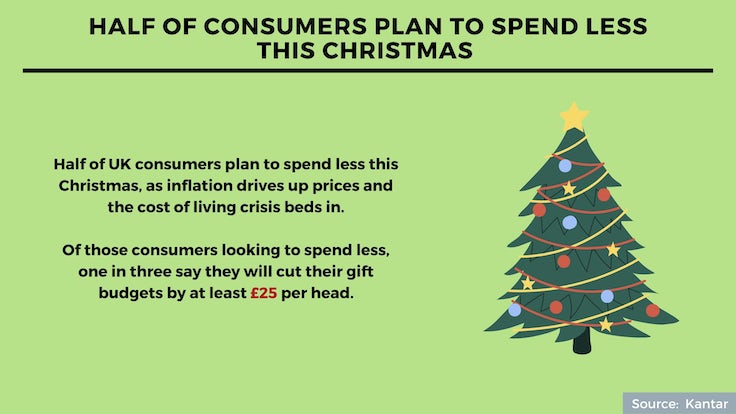 Half of consumers plan to spend less this Christmas

Half of UK consumers plan to spend less this Christmas, as inflation drives up prices and the cost of living crisis beds in.

Gifts will be one area where those looking to save will cut back. Of those consumers looking to spend less, one in three say they will cut their gift budgets by at least £25 per head.

Some 5% of the more than 1,000 UK consumers surveyed say they have already bought all their presents, with 7% indicating they will leave shopping to the last minute.

“Brands must be sensitive to this emotional context and the reality of people’s financial positions, particularly in their advertising campaigns,” says Kantar head of creative excellence Lynne Deason.

“There’s been a clear shift in public sentiment around Christmas ads and brands will need to balance celebration and excess in their content in 2022.  That doesn’t mean, however, that they should fall into the trap of gloomy, downbeat ‘sadvertising’.  People still want to be uplifted, in fact even more so when times are tough.” 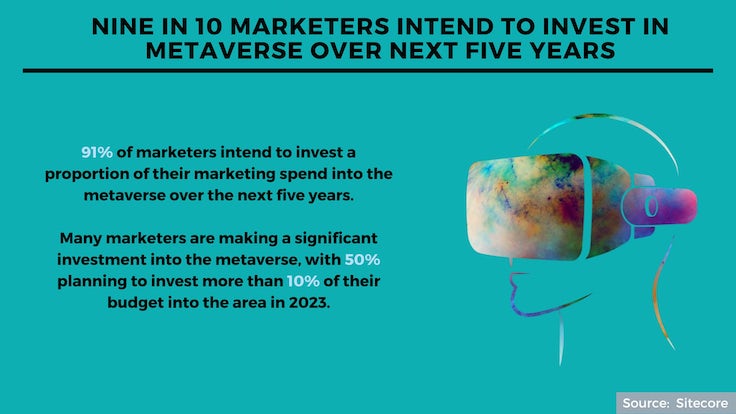 Over nine in 10 (91%) marketers intend to invest a proportion of their marketing spend into the metaverse over the next five years.

Many marketers are making a significant investment into the metaverse, with 50% planning to invest more than 10% of their budget into the area in 2023. Some 700 global marketers were surveyed by digital experience platform Sitecore, including 300 in the UK. Of those, 81% believe there will be widespread adoption of the metaverse in the next five years. Two in five say they have already witnessed a compelling metaverse use case that could drive return on investment in their business.

The research also surveyed more than 2,000 consumers, which shows only 30% consider themselves to be ‘metaverse enthusiasts’. However, they are open to devoting more time and finances to social media, with two-thirds of consumers stating they expect to spend more on social media than they currently do.

While Meta was found to be the preferred metaverse provider for over two in 10 (22%) of marketers. The research shows no platform is dominant in the area yet, with 45% of marketers surveyed stating they don’t have a preference for where they will build their metaverse projects.

Shoppers switching to own-label and discounters to manage inflation 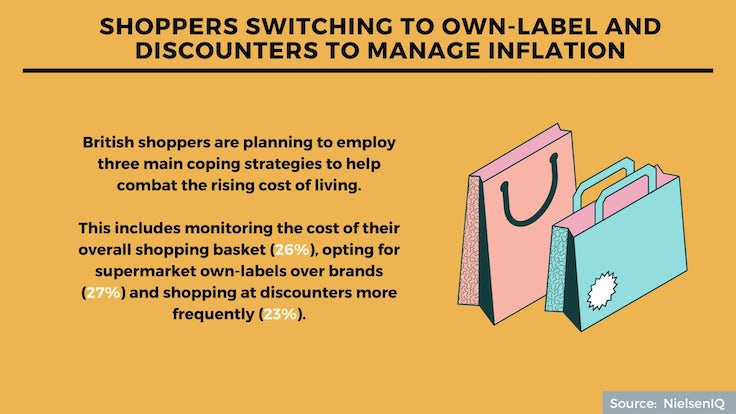 British shoppers are planning to employ three main coping strategies to help combat the rising cost of living, according to new data from NielsenIQ.

This includes monitoring the cost of their overall shopping basket (26%), opting for supermarket own-labels over brands (27%) and shopping at discounters more frequently (23%).

The switch from brands to private label is already in motion, with value sales of supermarket own-brands up 6% in the last 12 weeks, compared to just a 2.4% rise from branded goods. Private label performed better than brand in bakery, with volume sales up 1.9%, for example.

Private label now accounts for 53% of FMCG spend, up from 52% a year ago, according to NielsenIQ data.

There has also been a “small shift” away from fresh to frozen, with Mike Watkins, NielsenIQ’s UK head of retailer and business insight, suggesting there has been “slightly less spend on fruit and vegetables and fresh meat, fish and poultry and slightly more spend on impulse confectionery and soft drinks”.

Shoppers are also returning to supermarkets, with in-store visits up 6.5% compared to last year, while online visits are down 9.3%. Therefore the online share of FMCG sales has fallen to 10.9%, down from 11.1% last month.

Most consumers would pay up to £10 to avoid streaming ads 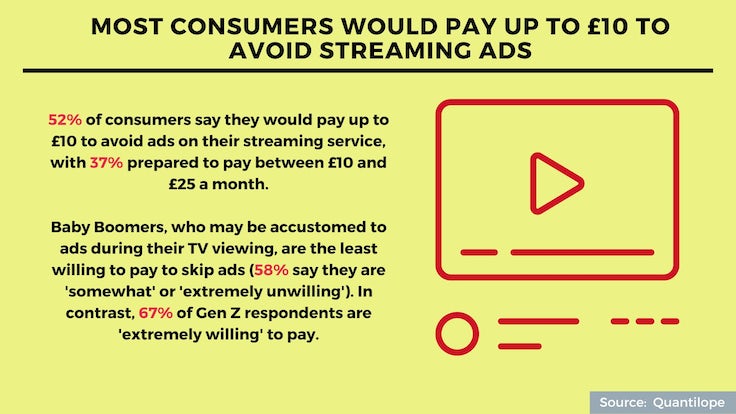 In the UK, 40% of respondents are willing to pay to skip over ads while streaming content, which means that 60% are targets for the ad-supported model. This is higher than in other countries such as the US (55%) and Germany (45%).

This suggests there may be potential for an ad- supported streaming market in the UK. Particularly as more than one quarter of British consumers are considering cutting their streaming video on demand (SVOD) subscriptions in the next three months to save money amid the cost of living crisis.

There are differences between age groups in how viewers respond to ads on their streaming services. Baby Boomers, who may be accustomed to ads during their TV viewing, are the least willing to pay to skip ads (58% say they are ‘somewhat’ or ‘extremely unwilling’). In contrast, 67% of Gen Z respondents are ‘extremely willing’ to pay.

Over a quarter of UK consumers make majority of purchases online 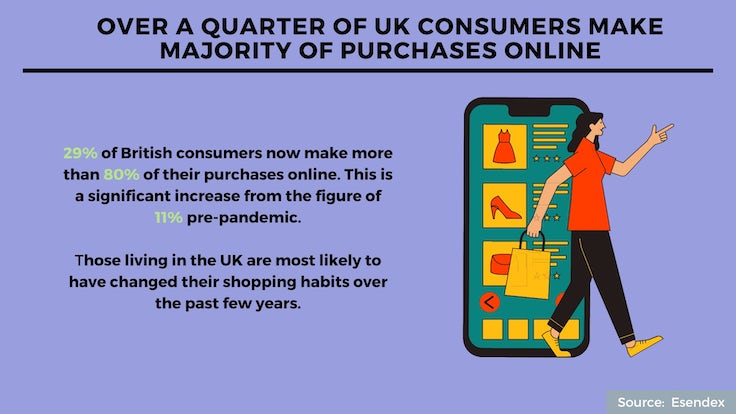 Over a quarter (29%) of British consumers now make more than 80% of their purchases online. This is a significant increase from the figure of 11% pre-pandemic.

In the survey of 4,000 shoppers across seven different markets carried out by business communication service Esendex, those living in the UK are most likely to have changed their shopping habits over the past few years. While the percentage of British consumers that do the majority of their shopping online has risen by 18%, in France this has only gone up by 8%.

Those living in the UK are also some of the most impatient (along with shoppers in France and Italy) when it comes to customer service. Over half admit they get frustrated if they have to wait more than five hours for a response.

Call centres have traditionally been the go-to channel for consumers and brands to stay in contact. However, the survey finds this is now the preference for under half of the UK population (43%), and that shoppers would prefer email or to contact customer service via SMS or WhatsApp. 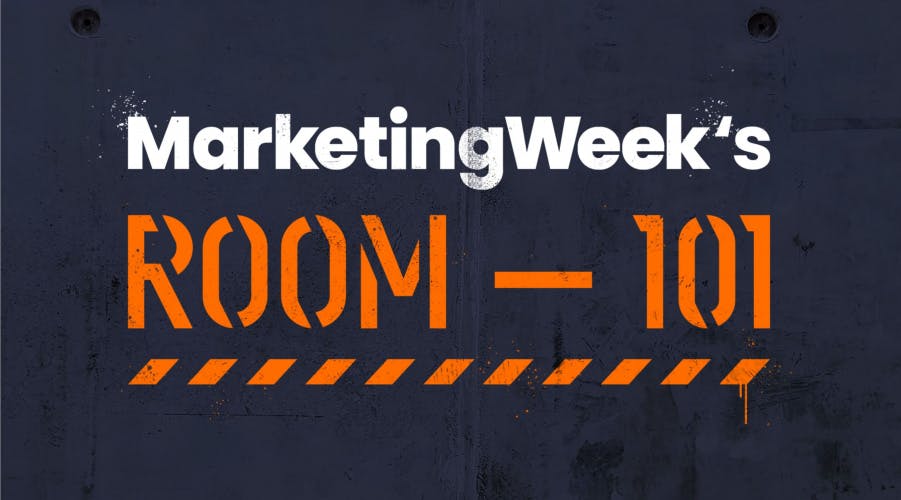 In the latest episode of our new series we hear from Helen Edwards, Tom Roach and Co-op’s Ali Jones about what they’d like to see eliminated from the marketing lexicon. 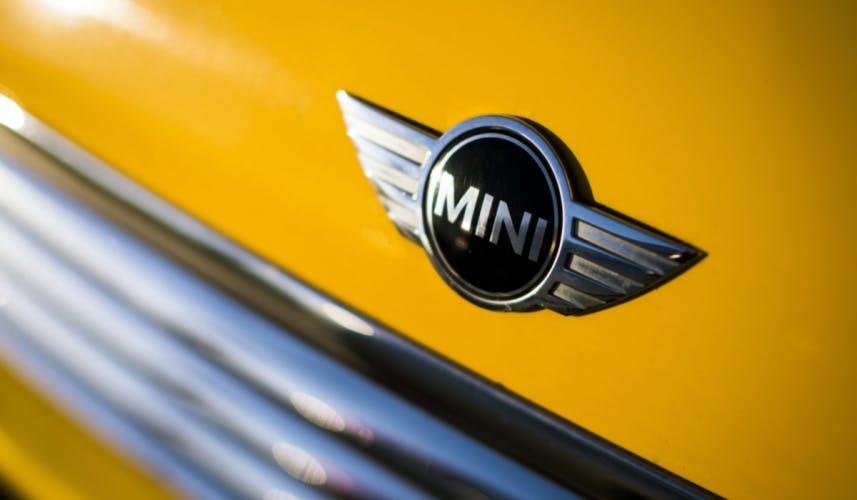 As Mini trials its first metaverse experience, the car marque’s brand lead says marketers must be clear on objectives when trying to get buy in. 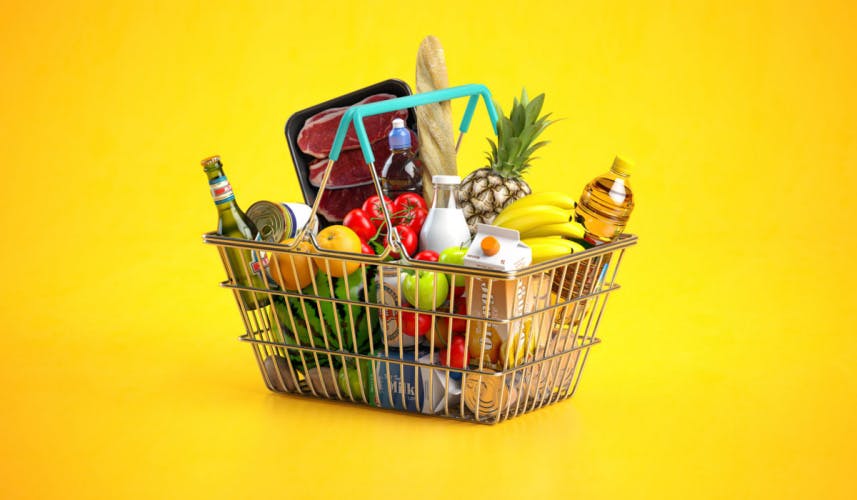 As money gets tight the popularity of supermarket own labels will only increase, so the single most effective thing any marketer can do to protect their brand is build it.