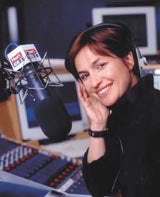 Media group Chrysalis is understood to have signed a cross-media marketing deal with Express Newspapers.

The deal is expected to give Chrysalis’ Galaxy network and its London-based radio station Heart 106.2 advertising space in The Express, the Daily Star and OK magazine. Chrysalis DJs are expected to write branded editorial copy for the Daily Star.

In return, Express titles will be given advertising airtime on Chrysalis stations and cover-mount CDs may be compiled by Chrysalis DJs.

The deal will build on the existing relationship between the two companies. Heart 106.2 breakfast DJ Jono Coleman already writes a column for the Daily Star, which is separate to the new deal.

Heart 106.2 managing director Steve Parkinson is understood to have negotiated the deal.

Heart 106.2 has recently tried to develop a “tabloid” approach by featuring celebrity interviews, particularly on its breakfast show. Recent guests have included Victoria Beckham and Sex and the City star Kim Catrell.

Former TV presenter Emma Forbes is joining the breakfast show in June as Coleman’s co-host, in a bid to build on this approach. Present co-host Erica North is talking to the station about new roles. The station has an estimated 1.68 million listeners.