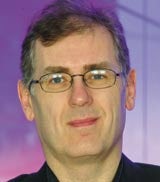 The flurry of consolidation in the radio market continued last week, as Scottish Radio Holdings (SRH) accepted EMAP’s second offer for the 22 radio stations in its portfolio (MW last week).

The deal was far from unexpected, but the Scottish radio group’s acceptance of the &£10.80 a share offer, worth &£319m, has put pressure on the industry’s third-largest operator, Chrysalis Group, to make a move on another radio group.

Chrysalis’ options for building scale to compete with EMAP and the sector’s biggest operator, GCap Media – formed from the merger of GWR Group and Capital Radio Group in May – are limited. It has made no secret of its interest in the Guardian Media Group radio (GMG) portfolio, but an offer of &£115m was rejected by GMG in April. GMG is understood to want &£150m, although City analysts value it at nearer &£130m.

The two groups are seen as a natural fit as Chrysalis already handles sales for the GMG portfolio – which includes the two Smooth FM stations and three regional Real stations – meaning competition issues would be limited.

But Chrysalis is not a pure radio group. It also has a book and music division and calls are growing for the group to divest its music arm. This would allow Chrysalis to invest more in the radio division and free up cash for it to make a second, higher bid for GMG.

Numis Securities media analyst Lorna Tilbian says the company is “neither fish nor fowl”. She says a demerger would allow Chrysalis chairman Chris Wright, who has 26.5 per cent of the group, to keep a share of both businesses. It would please the company’s biggest shareholder, Schroeders, which has built up a 27 per cent stake in recent months.

While radio buyers agree with this assessment, they would still welcome a deal. MindShare head of radio Howard Bareham points out that a merger would not have to be all about scale. He says: “It would be about creating a well-run group of stations that receive marketing investment and are capable of delivering audiences to advertisers.”

But while the City would like to see Chrysalis make an acquisition, the group is not rushing into a deal. There are no other potential bidders for GMG and Tilbian does not see Chrysalis itself as a target, even for foreign buyers.