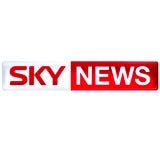 Media regulator Ofcom is currently taking submissions on News Corp’s proposed bid to buy the 61% of BSkyB it does not already own.

In its submission, spokesman for the Church the Right Reverend Nigel McCulloch says that there is an “ongoing need for strong and effective regulation of cross-media ownership and media plurality”.

He adds that News Corp taking full control of BSkyB would “dominate both the television and newspaper landscape” and there is a fear that Sky News would lose independence and editorial integrity.

Reverend McCulloch also says that the Church’s concerns were not about the nature of News Corp and it would make the comments about any commercial organisation that might achieve a dominant market position.

Sky’s own submission to Ofcom, published yesterday (22 November) stresses that the regulator’s remit is to investigate the potential acquisition’s effect on media plurality and not its impact on competition. The latter is a matter for the European Commission’s investigation.

Sky says that it has invested for many years in Sky News as “a distinct, impartial and independent news service” and its availability “is the result of a strong commercial incentive”.

The company says this commitment to independence would remain if Sky’s bid was approved, whereas Sky’s investment in Sky News might actually lessen if its bid was derailed. It also points out that Sky News’ share of national television news viewing “remains small” at about 7%.

Ofcom is expected to report back to Business Secretary Vince Cable on News Corp’s proposed bid by the end of the year.