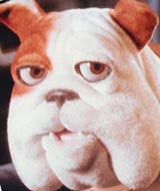 Former Churchill Insurance executive director for marketing and human resources, Marie-Ange Bouchard, has been stripped of her marketing responsibilities so that she can focus exclusively on human resources. The move follows a restructure of the insurance company’s marketing operations.

Blowers has been with Churchill for 18 months and was responsible for setting up its travel insurance business, Inter.

He established Inter Group in 1993 as a specialist travel insurance company and sold it to Churchill in June 2001, taking a wider role within the group in January 2002.

In his previous role, Bruce was responsible for looking after the Prudential brand, following a deal with Churchill to jointly market Prudential’s general insurance (MW November 8, 2001). He also provided marketing support for partners, such as Alliance &amp; Leicester, Lloyds TSB and Nationwide.

According to Bruce: “It was not credible for Bouchard to take over an increased marketing area, especially since HR has increased massively. The restructure was not about splitting Bouchard’s role, but pulling together the marketing functions across the Churchill brand, Prudential brand, supporting other partners, new product development and group e-commerce.”