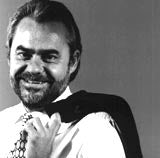 De Pear is taking over from Mainardo de Nardis, who after seven years is to step aside to concentrate on his role as CIA European chief executive.

MindShare and de Pear parted company in April after an internal reshuffle.

In his new role at CIA (formerly CIA Medianetwork), de Pear will be responsible for the international media management of multinational clients, and will manage all central resources internationally.

De Pear, whose two-year stint at MindShare followed 25 years at

J Walter Thompson, takes up his new position in September. He will also be responsible for international new business development.

De Nardis says: “The appointment is in line with our strategy to help clients build brands. He [de Pear] is highly respected for his management style and will be a great asset to both CIA international and to the group.”