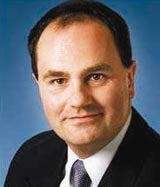 Chartered Institute of Marketing head of marketing and communications David Wright is leaving the organisation.

His departure comes in the wake of a reorganisation at the CIM, spearheaded by the new chief executive Peter Fisk.

Fisk’s attempts to modernise the organisation have caused a staff revolt. A large number of CIM employees having joined the GMB trade union to oppose Fisk’s proposed moves (MW October 2).

Wright says his departure is not connected to changes at the CIM. “I agree with Peter’s strategies, but he could have implemented them better. He is very focused on business, and needs to focus on people as well,” he says.

Wright declined to comment on what he will be doing next.

Wright was previously head of corporate marketing at CIM and was given the marketing director role on an interim basis, following the departure of Ray Perry. Perry left to become director of brands at the Chartered Institute of Management Accountants (MW March 21, 2002).

The CIM then appointed general sales manager Mike Detsiny as director of marketing and training. Wright took over the role of head of marketing on a permanent basis when Detsiny stepped down this year, but he was not given a director-level role. It is rumoured that Fisk is to replace Wright with one of his former colleagues at PA Consulting. Wright says: “He does like to work with people he is familiar with.”