Marketers fear using social media despite platforms such as Facebook that are now engaging potential customers on a vast scale, according to the latest trends report from the Chartered Institute of Marketing (CIM).

Nearly half of the marketers surveyed by the CIM agreed that they are scared of fully exploiting social media.

This is particularly prevalent in larger firms with a turnover of more than £100m, where 58% of marketers fear the use of social media. And nearly a quarter of public and charity sector staff in organisations of all sizes strongly agree that this is the case.

CIM director of research and professional development David Thorp says the findings are surprising. “This is an incredible figure. Marketers and organisations have a tool that they are almost frightened to take advantage of because they don’t understand the ramifications of using it and how it can integrate into their strategies,” he says.

Thorp claims that social media will contribute to the way that marketing is practised but marketers are unsure how to use it. “It is fundamentally capable of changing the rules of the game. There is a recognition that [social media] is needed but I don’t think there is strategic leadership on how best it can be applied. That nervousness is reflected in the survey,” he says.

And few marketers see social media as developing into a core strand of their business. “Twenty-eight per cent see it as a PR or positioning medium, but only 16% say it is core. There is still a lot to do to embed it in the organisation,” says David Axford, associate director at Ipsos MORI, which ran CIM’s trends survey for this half year.

Marketers are increasingly training staff in how to use social media, with 62% saying they would invest in training, versus 52% saying so six months ago.

TalkTalk is partnering with autism charity TreeHouse to launch a virtual “Talkathon” in a bid to improve public understanding of autism, and to raise vital funds for autism. 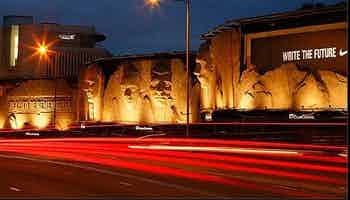 Nike will not pull or change its Mount Rushmore-style outdoor advertisement ahead of the World Cup despite the fact two of the four England footballers featured, Rio Ferdinand and Theo Walcott, will not play at the tournament.