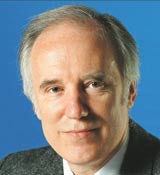 The Chartered Institute of Marketing (CIM) is making a desperate attempt to stem the continuing decline in its membership as it starts the hunt for its first membership director in two years. The organisation has lost 10,000 members in the past 12 months. Membership now stands at 50,000.

The news follows the appointment of the executive director of charity Muscular Dystrophy, Christine Cryne, as its new chief executive to replace Peter Fisk who left last year (MW January 27). Cryne will have the ultimate responsibility for CIM membership.

CIM international chairman Paul Gostick says that though membership is at the heart of its business, in the past two years the CIM has been focusing on other matters such as its charity status.

The CIM gained charitable status in January 2002, but concerns that it breached its covenant by not separating its commercial and charitable activities led to Fisk’s departure (MW March 8, 2004). The CIM recently shed its charity status.

Gostick adds: “It is true that we did have our eye off the ball, but with Cryne’s appointment, the CIM is determined to address the issue of declining membership.”

Guardian Media Group (GMG) Radio has reappointed Clear Marketing to handle the £3m advertising for regional radio brand Real Radio. The agency retains the account after a four-way pitch against three undisclosed agencies. The account, which went up for review in December (MWDecember 16, 2004), covers the brand’s three stations in Wales, Scotland and Yorkshire. […]

Vodafone is being forced to launch a Â£2m advertising campaign to dispel what it calls the “myths” about the level of service it offers its customers, after its own research showed a perception of “poor” service levels within the UK.