The 60 second ad ads have been created by students from the National Film and Television School. and show cinema is a unique experience and a powerful advertising medium.

The ads are part of a long term plan to build stronger ties with the film industry, while supporting the country’s emerging talent through the NFTS.

The ad shows members of the public trying to recreate the cinema experience at home, at work and while out and about. It opens on a young boy trying to unsuccessfully set up amakeshift screen and projector in an attic then follows a couple having their drive -through cinema-going ruined by rain.

Other people fail to recreate a large screen experience and the ad ends with the line “For the experience you just can’t replicate. Cinema, why advertise anywhere else.”

The ad was created by students that entered a competition to illustrate the brief. The second winning team will see their execution, featuring actor Ray Winstone, run later this year. This is the first time cinema has used the medium to promote itself and the on-screen image will be supported by an integrated marketing campaign.

Cinema-going has seen a boost this year thanks to the arrival of 3D films, such as Avatar and Up.

Recently other media have run campaigns to promote their effectiveness, with the Outdoor Advertising Association falling foul of mumsnet after running an ad designed show how outdoor can catch the attention with the line “Career women make bad mothers”. The OAA has withdrawn the ad and replaced it with another execution.

Bauer Media, the publisher of Grazia and FHM, has appointed Patrick Horton to the newly-created role of head of marketing, Mens and Entertainment. 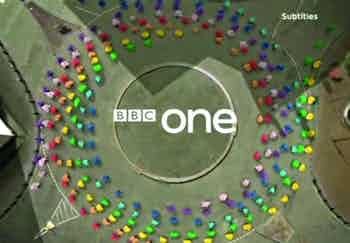 The BBC must be radically reformed if public service broadcasting (PSB) is to survive in the digital age, according to a new independent report.