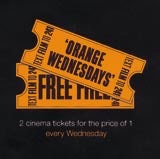 Cinema has enjoyed a record year for advertising expenditure, raking in &£158.7m in 2004 with brands from the motoring, cosmetics and drinks sectors increasing their spending levels.

Many observers wonder if cinema will continue to increase its share to reach two per cent or even the heady heights of three per cent. Christine Costello, chief executive of the out-of-home division of SMG, which owns sales house Pearl &amp; Dean, expects the medium to regularly take a two or 2.2 per cent share “in the next of couple of years”. She says cinema must make more of an effort to court advertisers that have traditionally been reluctant to use the medium. One of those advertisers is Marks &amp; Spencer, which has just completed a test for its lingerie brands through cinema’s other sales house Carlton Screen Advertising (CSA), owned by ITV.

CSA sales director Adam Mills is realistic about the hurdles facing cinema, pointing out that it only reaches 40 per cent of the market and is therefore not classed as a broadcast medium by planners.

“We tend to be marginalised and approached with a very antiquated method of planning. Instead of planning against what cinema can deliver, which is a good upmarket, eclectic audience, individual films are all too often used as a basis for planning instead.”

The benefits of advertising on the big screen are well rehearsed and clients such as Orange and Hewlett-Packard are staunch supporters of the medium, the former doing its best to “own” cinema with its sponsorship of the BAFTAs, its Orange Wednesday two-for-one ticket offer and its ads featuring actors such as Patrick Swayze and Sean Astin.

Companies such as Beiersdorf, Brown Forman, Inbev, Lever Fabergé, Renault and Scottish Courage have also ploughed money into the medium. The glamorous sheen cinema can lend to a brand was best demonstrated by the &£18m Chanel No 5 ad featuring Nicole Kidman last year, which generated a lot of press coverage.

Scottish Courage chose cinema as its lead medium for the San Miguel “Passion Beyond Reason” campaign that launched last year. San Miguel brand manager Andy Jack says: “Our core 25- to 34-year-old consumers tend to spend a great deal of their time out and about. Therefore as a group they under index against television viewing, but are heavy cinema-goers. By choosing cinema as a lead medium, we have a greater impact against our core consumer and derive better value on a small budget.”

But to increase its share of revenue, cinema is going to have to lure clients from sectors that have so far had little association with the medium, such as retail and packaged goods. To do this it has to tackle issues of creativity, flexibility and accountability. It also has to overcome perceptions that it is an expensive medium.

Zenith Optimedia general manager Olly Joyce, who is soon to join strategist Rise Communications as a partner, has overseen cinema campaigns for Malibu and L’Oréal. He says: “The sales houses are making a much bigger effort to come up with more innovative ideas, but at the same time I’m not sure they are as innovative as other medium owners.”

The sales houses have made some headway in this regard by introducing more tailored and targeted sales packages, for instance Pearl &amp; Dean launched a product based around family films called Kids &amp; Co three years ago. This has since been broadened to Kids &amp; Co Junior and Tweens to further segment the offering.

Joyce also raises the question of effectiveness and says many clients fear that they are just buying admissions with no guarantee that cinema-goers are seated during the ads. “We need to pay on who is actually seeing the ads. It’s the single biggest factor in terms of undermining the credibility of the medium and makes it easy for clients to cross it off the schedule.”

Costello, also vice-chairman of the Cinema Advertising Association (CAA), says this kind of latecomer behaviour occurs more frequently in London and that in the rest of the UK audiences tend to be seated well in advance of the ads. She adds that the CAA is working to provide more effective measurement and the Cinema and Video Industry Audience Research (Caviar) survey asks those film-goers polled if they saw the ads.

Some insiders believe that the sales houses have been distracted from building up the medium by recent company takeovers in the exhibition sector that will reduce the five leading chains to three. Last year Terra Firma bought Odeon and UCI, while Cine UK, holding company of Cineworld, bought UGC. Warner Village was also acquired by venture capitalists and rebranded Vue in 2003.

This level of consolidation has created uncertainty for the sales houses, which have been focusing their efforts on preparing for contract negotiations and casting around for new opportunities. The latest reshuffle of contracts has seen CSA strengthen its grip by picking up the contract for the rebadged UGC chain. It already handles Cineworld.

There is also uncertainty surrounding ITV’s plans for CSA. The broadcaster has signalled that CSA is not a core asset and will sell it at the right price. Pearl &amp; Dean could also find itself up for auction if parent company SMG is bought or broken up.

There is also talk of exhibitors taking sales in house, a move that was mooted last year by Tim Schoonmaker in his short reign as chief executive at Odeon. Terra Firma is one of the companies thought to be considering taking this route. Of course, one option is for an exhibitor to buy one of the existing sales houses.

But Mills says: “Selling cinema is not as simple as it might seem and there is much more to the process than selling spot advertising.” Costello points out that the sales contracts provide a high level of guaranteed revenue at low risk.

However, future developments in technology could give cinema a boost. The introduction of digital projectors will bring down the price of campaigns as costly film reels become obsolete. But more importantly, digital delivery will allow tighter targeting and faster implementation with clients theoretically able to book ads for particular movie screening times and hence different audience demographics.

Unfortunately, there are only nine UK screens with such projectors. But the Film Council is running a programme to install 250 such units in cinemas, funded by the National Lottery. The issue of who actually pays for digital projectors – exhibitor or film company – is still a point of debate within the wider industry.

Advances in technology in other mediums can also work to cinema’s advantage. Unlike TV, cinema will not feel the impact of personal video recorders, which allow viewers to skip ads.

The opportunities exist for cinema to boost its share of the advertising pot. But it just needs the confidence to position itself as more than a secondary medium and to address those concerns that worry planners.