Allocated seating is not new within the cinema industry, but Cineworld became the latest chain to introduce its policy in June this year.

Cinema advertising offers brands one of the few environments where consumers are almost fully-immersed in their advertisements, with the added benefits of surround sound and longer spots than on TV. But some marketers are concerned that the industry’s move to allocated seating means audiences are turning up later and are being distracted from the action on screen before the film begins.

Cineworld’s update has received backlash from cinema goers and marketers alike. A Facebook group entitled “Say No To Allocated Seating at Cineworld” has built a community of almost 4,000 users since it launched in May – many of whom have posted about the lighting situation during advertisements and trailers – while a Change.org petition demanding Cineworld review its policy has more than 1,500 supporters.

Darren Hayday, marketing consultant at Competitive Edge Marketing and former “loyal customer of Cineworld” after taking issue with the policy, says the decision to keep lights up instead of using ushers to guide customers to their seats is a problem for marketers.

He adds: “What on earth is the point of a brand manager choosing this medium to target a captive audience when to try and cut costs the cinema chain introduce this process which doesn’t benefit anyone other than senior management?”

One client-side marketer and Cineworld customer told Marketing Week: “Cinema is one of the last remaining opportunities for a fully engaged ad audience and when you factor in the site-specificity of movie trailers made especially for cinema audiences, [keeping lights up] is doubly concerning.”

Cineworld says the introduction of allocated seating brings the chain in line with other major cinema chains.

A spokeswoman adds: “While customers get used to the change, it is sometimes the case that lights are on before the film trailers to make it easier for customers to find their seats. This is a temporary measure which will end after the initial transition period.

“We work closely with our marketing partners and advertisers to ensure their advertising is as effective as possible and they have not raised any concerns to us about the change.”

Aside from the specific Cineworld lighting issue, it has become more difficult for marketers to engage with cinema audiences across the board, as more chains adopt allocated seating, according to trade body ISBA’s media and advertising manager Mario Yiannacou.

He adds: “Allocated seating means cinema goers have the option not to arrive far in advance of the screening to get their preferred seats. This means fewer bums on seats at the time when the ads are running.

“The fuss factor of people trying to locate their seat numbers – even with the lights up – makes it even more difficult for advertisers to hold the attention of the audience and keep eyes on screen.”

How to use distraction as an advantage

Cineworld has already attempted to remedy the issue of distracted audiences with the launch of its Cinime app last year, developed by its advertising supplier DCM. The app picks up audio messages from cinema ads and trailers and offers users second-screen experiences such as games, quizzes and competitions.

In February BMW launched a Cinime campaign, developed by its media agency Vizeum, which gave audiences the opportunity to “test drive” the BMW 2 Series Coupe via a mobile game when the cinema ad for the car was screened. Over the course of the three-week campaign, 24,826 games were played via the app and 2,911 entered the corresponding competition giving gamers the chance to test BMW cars on a real-life circuit, Vizeum claims.

Farhann Cachra, Vizeum account director, says: “There is of course always room for improvement but the onus for this shouldn’t rest solely with suppliers. Brands need to work with suppliers to create and devise content that befits the environment within which it is aired. Previously, brands have repurposed their TV spots for cinema when the focus should be on developing something bespoke and ideally interactive.”

Marketers should also be thinking of their cinema campaigns beyond the auditorium, according to Pedro Martins, director of planning and buying agency Total Media.

“Knowing the audience may be too busy with their smartphone to pay attention to the trailers and especially if the lights are out means we should be beginning the marketing message before they enter the auditorium, with the help of iBeacons, posters, foyer marketing materials, the back of tickets, relevant and targeted adverts online when the tickets are being booked and therefore predominately using the screen to re-enforce it,” he adds.

UK Cinema ad spend registered a 0.4 per cent year on year growth to £36.3m in the first quarter of 2014, according to the latest Advertising Association/Warc Expenditure report. However, growth is expected to accelerate throughout 2014, buoyed by summer blockbusters such as the Inbetweeners 2, with AA/Warc predicting overall growth of 6.4 per cent this year. 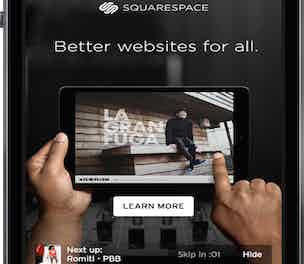 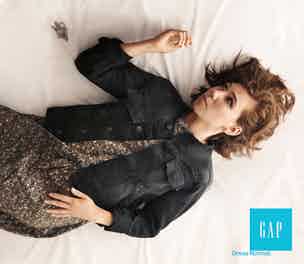